Magna is a Tier One supplier with a significant footprint both physically in terms of global locations and product-wise, as it has offerings ranging from body and chassis systems to powertrain subsystems and components to seats to ADAS technology to. . .

Yes, the company has extensive capabilities and offerings. 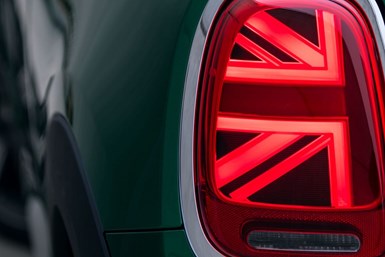 One of the more recent areas the company has become involved in is exterior lighting, front, rear and side.

Last fall Magna acquired Wipac Czech s.r.o., a premium automotive lighting engineering firm located in Ostrava, Czech Republic. The previous year, 2018, it had acquired OLSA S.p.A., a market leader in rear lighting technology (though it, too, has front end lamps), based in Turin.

So now, on a global basis, Magna has 11 manufacturing facilities and three engineering centers dedicated to lighting.

According to Cole Cunnien, global director of Engineering, Magna Lighting, the company is pursuing the application of LED lights for vehicles, for both forward and rear lighting. He explains that the LED technology permits long-lived lighting solutions for consumers (remember when you used to go to the auto parts store to buy a headlamp or a bulb for the back?), as well as improved packaging on the vehicle, reduced power requirements, the opportunity to create a more-appealing lamp design (either the entire lamp structure including the lens or an animation for the rear lamps, as in light-light-light in sequence to indicate a turn) and the ability—although not yet federally legal in the U.S.—to have automatic front lighting that adjusts should there be a vehicle detected in front of one’s car.

Cunnien explains on this edition of “Autoline After Hours” that the benefits and efficiencies provided by LED lighting are driving not only the implementation but the work being done by companies including Magna on producing “micro LEDs,” which allow not only closer spacing between each diode, but the opportunity to have a more uniform light across the output.

Cunnien talks with “Autoline’s” John McElroy, Joe DeMatio, senior manager of Content at Hagerty and me.

At the top of the show, we have Louis F. Fourie, past president, Society of Automotive Historians. Not only does Fourie provide some insights into the challenges of automotive historical research (apparently not all car companies are particularly interested in their past) but points out that the goal to keep things accurate is key, as well: he says, for one example, that Mercedes-Benz has long tried to promulgate as fact that the 300 SL Gullwing was the first car with a fuel-injected gasoline engine, German OEMs Gutbrod and Goliath actually produced cars with Bosch mechanical fuel injectors before Benz.

And there is a whole lot more on the show, including a discussion of the OEM’s efforts to take on the COVID-19 virus.

And you can see it all right here on Autoline After Hours.