Last week Baidu USA announced that it has received an Autonomous Vehicle Testing Permit from the California Department of Motor Vehicles.

And they’re going to be ready to go in short order. Jing Wang, senior vice president of Baidu and general manager of the Autonomous Driving Unit said, “We will start testing our autonomous driving technologies on public roads very soon in California. Baidu has already built a strong team in Silicon Valley to develop autonomous driving technologies, and being able to do road tests will greatly accelerate our progress.” 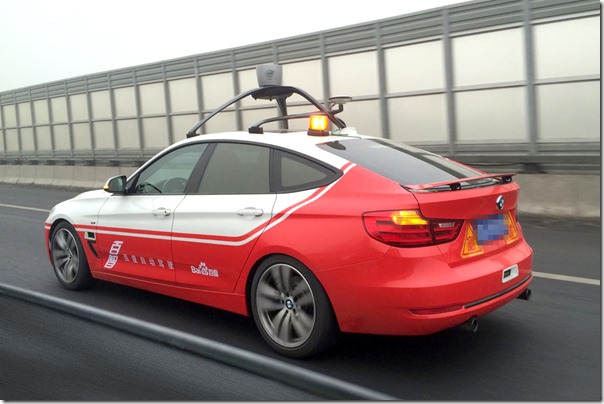 What’s not clear in that sentence?

Maybe it is that while the names of those other companies are familiar, Baidu is a cipher.

As the tech website The Verge put it, Baidu is “China’s Google.”

Here’s the thing: Autonomous vehicle technology is not a fad, not something that seems cool but that will give way when clearer heads prevail.

Because when you look at the companies that are participating in this space, it is clear that there is an almost unprecedented level of momentum pushing the technology forward.

And there are plenty of other companies that are investing massive—yes, as in, well, massive—resources into autonomy. There are governments at all levels working to sort out the issues related to semi- and fully driverless cars.

Given this momentum, the learning curve is fast and steep.

One way that you can keep up—and hear from some of the leading companies in the autonomous space including Toyota, Hyundai, Continental, Delphi, Intel, Qualcomm, and more—is to go to Automobility 2016: Reimagining Transportation, which is being held October 13 in Dearborn, Michigan. (It is being put on by AutoBeat Daily and Automotive Design & Production, so there is a selfish pride of development here—but check out this schedule, and you’ll see there’s no spin, it is authentic.)