"There's a fundamental connection between innovations on the racetrack and real-world improvements on the highway," according to Indianapolis Motor Speedway (IMS) President J. Douglas Boles. And he’s absolutely right. For example, the rearview mirror that we all take for granted is often attributed to driver Ray Harroun, who competed in the Indianapolis 500 race in 1911. Back then the norm was for drivers to be accompanied by mechanics on their cars during a race. One of the functions they performed was to look behind the car to provide the driver with information about what was going on (although it is hard to imagine how much shouting they’d have to do to be heard).

Harroun put a mirror on his dashboard. He won the race. 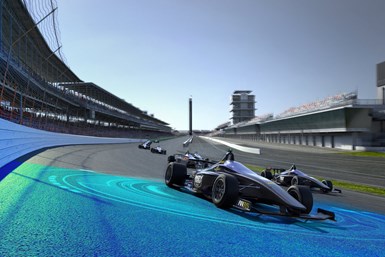 While that is but a simple example, the IMS and the Energy Systems Network (ESN), an organization that is working to push energy and transportation tech developments, are working together to create something that could be even more transportation-changing than the rearview mirror through their creating of the “Indy Autonomous Challenge,” a challenge that is somewhat analogous to the DARPA Grand Challenge, the autonomous vehicle races of 2004 and 2005 that led to the technology and the people who are now driving autonomous vehicle tech forward.

But instead of driving through the desert near the California/Nevada state line, the university teams that are participating in the Indy Autonomous Challenge will be on the legendary 2.5-mile oval in Indiana on October 23, 2021.

The challenge will consist of five rounds that will culminate in the race. Getting there will involve several steps, including a simulated race. Simulation software company ANSYS is supporting the teams’ efforts. 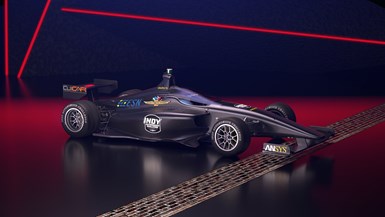 The actual vehicles will be the Dallara IL-15 Indy Lights chassis. The Deep Orange autonomous platform developed by the Clemson University International Center for Automotive Research will also be used by the teams.

When the competition was announced, Matt Peak, director of mobility at ESN, said, “What we're asking universities to do is hard. Our hope is that by bringing together and offering up to participating teams the world's premier automotive proving ground, performance chassis manufacturer, engineering research center and simulation platform, as well as nearly $1.5 million in total cash awards, universities will see the Challenge as not just throwing down the gauntlet but also extending the helping hand to accelerate innovation and the arrival of new technologies.”

On this edition of “Autoline After Hours” John Waraniak, vice president of Vehicle Technology at SEMA, discusses this race and what it can mean to the development of vehicle technology for both OEMs and the aftermarket.

And he talks with Peter DeLorenzo—who in addition to being the proprietor of Autoextremist.com is someone with an encyclopedic knowledge of car racing of all types—Autoline’s John McElroy (who is no slouch when it comes to racing, either), and me.

And then we go to a number of other subjects, ranging from the electric hub motors that are to be used in the Lordstown Motors Endurance light-duty pickup, BP’s announced move to become a net zero company by 2050, PSA’s impressive 2019 earnings, COVID-19’s impact on the auto industry and much more.