Give or take a few degrees, the temperature on the surface of the Sun is 9,940°F. Which is probably an irrelevant thing to know unless you’re an astronaut or astrophysicist or something. But in the auto industry right now, the whole category that can be encompassed by the words autonomy and mobility is similarly sizzling.

Every OEM and the majority of well-known Tier One suppliers and into A + M. There is a plethora of companies largely in the Silicon Valley area that are predicated on the idea that there is a whole lot more opportunity in the automotive space than there is trying to come up with the next Angry Birds app. There are millions multiplied to billions being spent on automating and networking vehicles.

All of which is to say that when the judges for the second annual Autonomy + Mobility Awards presented by Automotive Design & Production and AutoBeat Daily sat down and tried to figure out the winners for 2017, the number of contenders was far more daunting than that for 2016. 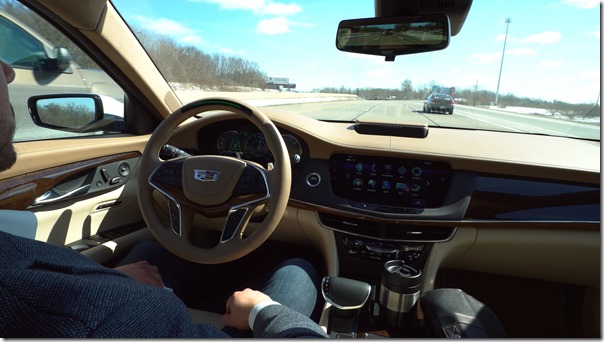 The judges--John Waraniak, vice president, Vehicle Technology, SEMA; Brett Smith, assistant director, Manufacturing, Engineering & Technology Group, and co-director of the CAR Management Briefing Seminars, Center for Automotive Research; Steve Plumb, senior editor, AutoBeat Daily; Bill Hampton, editor-in-chief, AutoBeat Daily; and me—had a tough go at it but came up with six winners that have significantly advanced the states of autonomy and mobility for both the automotive transportation industry and the consumers who benefit from these advances.

Award categories and respective winners are:

Significant credit must be given to Mary Barra and her team at General Motors. As you’ll note, GM not only took the overall award, but it is also responsible for both the Cadillac CT6, which is now offering the highly impressive Super Cruise hands-free driving functionality, and Maven, the car-sharing network that is ever expanding (you can get a Cadillac ATS via Maven, but so far no CT6, in case you’re wondering).

That said, all of the winners are first-rate in what they have developed and, perhaps more importantly, continue to develop to advance the state of the art in their respective fields.

Congratulations to all of them.