Although the automotive design world is comparatively small, with most people knowing what their former classmates, co-workers or chums are up to, some of you might be saying to yourselves every now and then, “What ever happened to Chris Bangle?” Bangle, the Art Center grad who went to Opel in 1981, went to Fiat four years later, then, in 1992, became design chief at BMW, left the German automaker in 2009.
#BMW #oem #Fiat

Although the automotive design world is comparatively small, with most people knowing what their former classmates, co-workers or chums are up to, some of you might be saying to yourselves every now and then, “What ever happened to Chris Bangle?”

As some people who have made it to the top and then don’t see any other obvious or appealing peaks to inhabit often do, Bangle established Chris Bangle Associates s.r.l. Those three letters stand for Società a responsabilità limitata. Which is essentially a limited liability company. In Italy. CBA is located near Clavesana, a wine growing region that’s about 70 km south of Turin. Presumably he did some sightseeing during his stint at Fiat.

In the past several months Bangle seemed to have reemerged in the automotive space. And he did so with his distinctive aplomb. 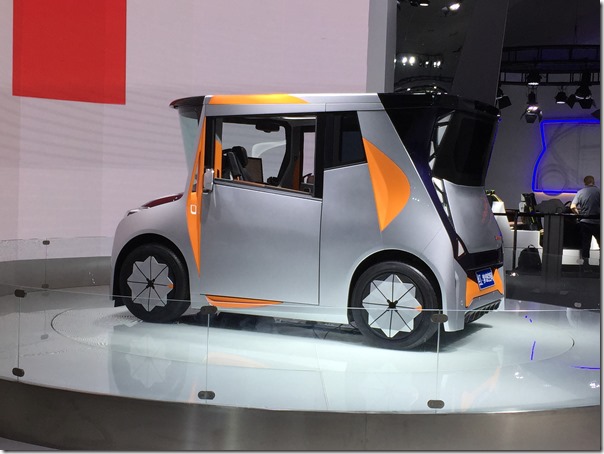 That’s REDS, a vehicle unveiled at the 2017 LA Auto Show.

According to Bangle, “REDS is not a show car or a concept car but an ‘alpha-prototype,’ a first edition of a real car for a real world.” It is a real car inasmuch as it is a rear-drive electric vehicle that was built in Turin as a fully functional running prototype.

The car was developed for use in Chinese megacities, where people spend considerably more time sitting in traffic rather than moving to their destinations. Perhaps to that end, Bangle said, “We’ve created a new design language that is at once friendly and immediate, but at the same time subtle, ambiguous, and textually layered. This gives REDS character, the kind you will enjoy looking at for many years.” Perhaps many years stuck in traffic. 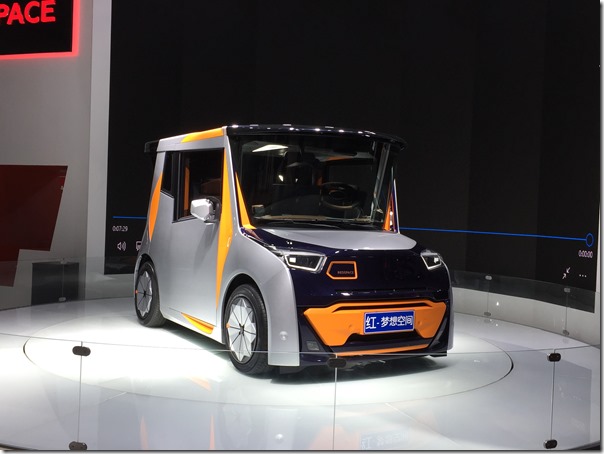 Once you get beyond the exterior Euclidian explosion, the inside of the vehicle is considered to be, of course, a “space.”

The vehicle can transport four people, though there is a jump seat that allows a fifth to be on the scene, but as there is not seatbelt, it is only for participating in the colloquy or what have you that goes on in the car.

The driver’s seat is slightly off center and the front passenger’s seat located asymmetrically to it, although the passenger seat has fore-to-aft movement of 600 mm, so it provides lounge-like seating (which can also be achieved by the rear right passenger, should the front passenger seat be located full forward). Not leaving the driver’s seat out in the movement space: it can be rotated 167 degrees so that the driver can face rearward. Facilitating this rotation is the forward angle of the windshield, which allows the steering wheel to be folded. 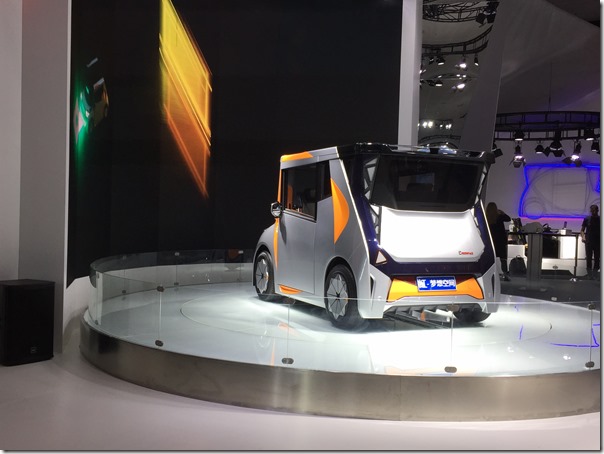 Notably, REDS is not something that Bangle simply cooked up while sitting in his Italian studio/manse. Rather, the project was initiated for CHTC Group, which, among other things, is a Chinese manufacturer of electric trucks. CHTC has established a company named REDSPACE for the vehicle that they are said to be preparing for production.

Bangle: “We are entering a fourth age of car design, but designers are hesitant because of the fear of doing things differently.

“This car is, for me, the demonstration that we can have something that is extremely emotional with immediate appeal, and at the same time highly functional and intellectually engaging.”

Well, the man evidently has had some time on his hands.