Most of the time when the name “Volkswagen” gets reported, it has something to do with something not so good, as in the diesel imbroglio that continues on and on like the Jetta TDI in one of those TV commercials of not long ago.

But here’s something of interest: last week Volkswagen of America’s sales numbers show that for June 2017 vs. June 2016 its sales are up 15 percent and they’re up 8.2 percent for the first six months of the year.

Those are strong numbers. By way of comparison, Chevy’s sales were down 6.4 percent June ‘17/June ’16 and off 3.8 percent for the first six month. 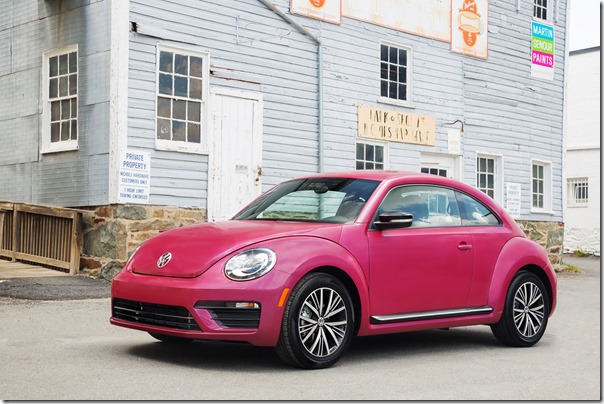 That said, it is still good news for Volkswagen. While there are plenty of manufacturers that are in positive territory both in June and during the first six months—Buick, Lincoln, Alfa, Infiniti, Nissan, and Subaru among them—there is one particular thing that stands out in the Volkswagen numbers.

Think about this. Overall car sales—and I mean throughout the entire industry—are on a downward trajectory. The current Beetle had its debut as a model year 2012 vehicle (and Oprah gave keys to ecstatic audience members back in 2011 for the cars, and nowadays she’s shilling for a diet plan, not at the top of the TV game as she had been).

It is a small car. It has two doors. It comes as a convertible. All things that seem to be less and less appealing in the market. (The only thing that would make this even more off-putting to the U.S. market were it to come with a manual transmission. It doesn’t.)

Yet its sales are up rather significantly.