For those of you who are not up on your 18th or 19th-century British history, you may not know that in 1897 HJ Mulliner established the coach building firm H.J.
#HP #BentleyMotors #oem

For those of you who are not up on your 18th or 19th-century British history, you may not know that in 1897 HJ Mulliner established the coach building firm H.J. Mulliner & Co. in West London, which was actually heir to a family firm that had been established in the 1760s. As time marched on and coaches gave way to automobiles—or motor cars, as it were—there were changes to the ownership of the company. Today “Mulliner” is the personal commissioning department of Bentley Motors, which is to say that if you’re looking for an ultra-lux Bentley Bentayga, then you want to opt for the Bentayga Mulliner. 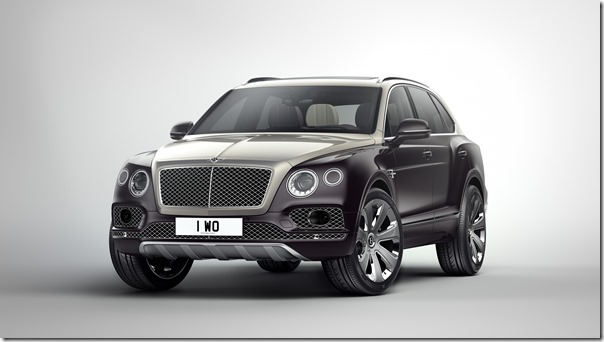 On the inside there’s a slightly different approach to colors, with the front and rear seats offered in two different hide colors (there is a palette of seven colors). This is said to reference the exterior, optional Duo Tone paint work.

If you’ve got leather, then you need plenty of wood. So there is exclusive Ombré Burr Walnut Veneer, which, also, provides color transition: as it wraps around the interior, there is a transition from Black through to Burr Walnut.

While on the subject of color, perhaps the most elegant-yet-cheesy touch is the fact that there is “mood lighting,” allowing the creation of six different “moods,” including one’s own “My Mood,” which can be created through the selection from 15 different lighting colors.

And while on the subject of moods, know that in the rear center console there is the Mulliner Bottle Cooler, featuring an illuminated chilling cabinet and bespoke Cumbria Crystal flutes. 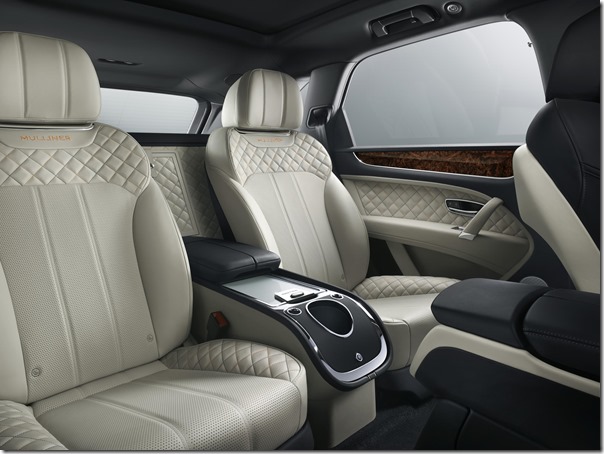 There are a couple other notable options. One is the Linley Hamper by Mulliner, complete with refrigerator, bespoke fine Linley china cutlery, crockery and crystal glass, and storage area for dry goods. And the other is the bespoke mechanical Mulliner Tourbillon by Breitling clock. The most complex of watch mechanisms, the Mulliner Tourbillon features 196 individual pieces and is automatically wound periodically by a dedicated high-precision winding mechanism within the car. This masterpiece is machined in solid gold—again, with detail to attention and color, there is a choice of yellow, white or rose gold and of either a mother-of-pearl or black ebony face.

Oh, and there are eight diamonds on the face, too.

While the price for all this isn’t presently available, chances are if you have to ask, you probably can’t afford it.