In 2016 Bentley Motor delivered 11,023 vehicles globally, which was a nine percent increase over its sales in 2015. The number one region for the marque was the Americas, which accounted for about a quarter of all sales; 2,792 cars were delivered in the region. 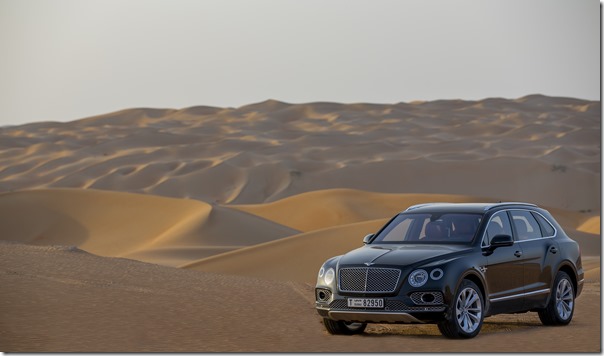 Which brings us to the in-car falconry kit that the company has developed for the Bentayga SUV, the Bentayga Falconry by Mulliner (Bentley’s “personal commissioning division”). 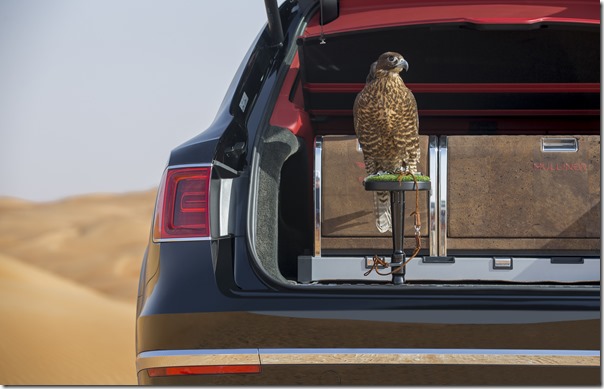 There is no better way to describe this than to use the company’s own words because you might not believe it if we didn’t:

At the heart of the Bentayga Falconry by Mulliner are two individual natural-cork-fabric-trimmed units: a master flight station and a refreshment case. These sit on a movable tray that allows for easy access. Inside the master flight unit is a special Piano Black veneered drawer – with a saker falcon crest – containing bespoke storage for all the equipment required for this unique sport.

Beneath this is a laser-embossed Hotspur hide stowage tray with individual compartments for a GPS bird tracking unit, binoculars and hand-crafted leather bird hoods and gauntlets, all of which are available as an additional option. The refreshment case houses three metal flasks and durable cups, a blanket and refreshing face cloths.

Two individual perches are stored in a special natural-cork-fabric-trimmed case which slots into a hard pocket built into the side of the boot. A boot-floor and rear-sill protection cover – also in cork – is discreetly integrated into the rear of the Bentayga. Using this reversible feature in conjunction with the in-car perch, falconers can prepare their bird in comfort and shade.

Inside the Bentayga’s Hotspur-hide-trimmed cabin, there is a removable transportation perch and tether on the central armrest, and an exquisite example of Mulliner’s skill with marquetry. The sweeping desert scene – featuring a soaring saker falcon – was created using 430 individual pieces of wood sourced from all over the world and hand-crafted over nine days.

There is no indication what this costs.

But presumably if you have to ask, you don’t need to know. 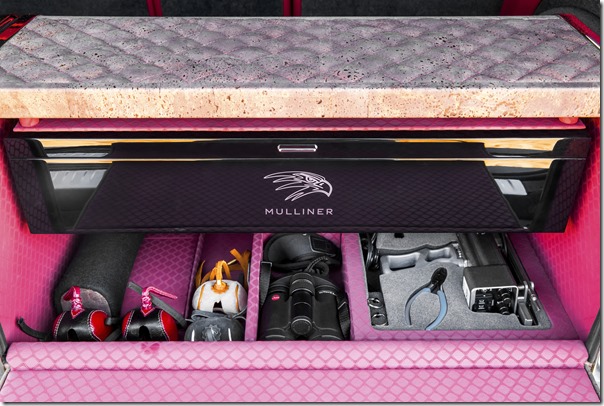