The company now known as “BP” goes back to 1901 when British entrepreneur William Knox D’Arcy obtained a 60-year concession to search for oil and gas in Persia. That country is now known as Iran. While you might think that it was simply a matter of drilling a hole and waiting for the explosion of black gold, things didn’t go particularly well for D’Arcy. It wasn’t until May 26, 1908, that, after a drill went down 1,180 feet that they struck oil.

(Think about that for a moment: 1908. While we think of oil for purposes of being refined into gasoline, back in 1908 there weren’t a heck of a lot of cars on the road anywhere. The Model T wasn’t introduced until October 1, 1908.)

Anyway, time marched on like in one of those newsreels of yore and eventually the Anglo-Persian Oil Company became “British Petroleum.”

In 2000 it was renamed the less hydrocarbon-specific “BP.”

Presumably, this was done in part in anticipation that some day petroleum products for things like cars won’t be as important as they have been.

To that end, the company has established BP Ventures, which, as its name implies, is a venture capital operation. According to David Gilmour, vice president, business development, BP Ventures: “The technology to support EVs is advancing rapidly and BP Ventures is committed to identifying and investing in companies that we believe are at the cutting edge of this industry.”

Yes, that is “EV” as in electric vehicles.

What’s more, BP has established an Advanced Mobility Unit which has in its charter dealing with new trends, including electrification, autonomy and shifts in ownership models. 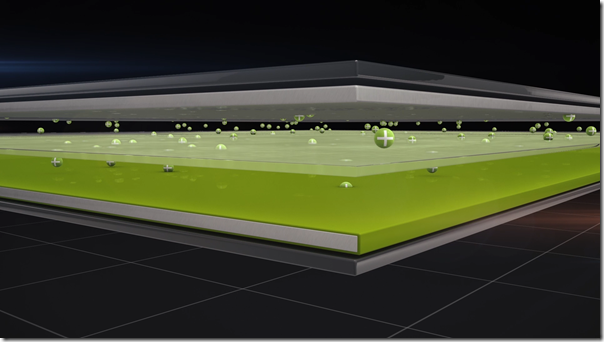 Last week BP Ventures invested $20-million in StoreDot, an Israeli company that has developed what it calls “Flash Battery” technology that has application in vehicles, offering, the company claims, the ability to get a range of 300 miles with just a five-minute charge.

The StoreDot is using “nano-materials and proprietary organic compounds.” It isn’t using graphite, which is commonly used in lithium-ion batteries.

According to the company, its “optimized charging ability is achieved through an innovative electrode structure containing proprietary organic polymers with Metal Oxide compounds of the cathode that trigger the redox reactions. This solution enables ions to flow from a modified anode to a modified cathode at a speed that is much faster than existing technologies. Together with a proprietary separator and electrolyte, this new architecture delivers a high current and low internal resistance, with enhanced energy density and a prolonged battery life.”

StoreDot also claims that while other types of batteries feature either capacity, fast charging or extended battery life, its batteries accomplish all three, which is sort of like having your cake, eating it and getting no calories, too.

Whether this comes to an EV near you (or anybody, for that matter) anytime soon remains to be seen.

Admittedly, $20-million is pretty much couch change for BP, which had an adjusted net income of $2.59-billion for the first quarter of 2018.

Still, when a petroleum company is spending on things truly “beyond petroleum,” then it is clear that there is potentially change in the offing—just like there was in 1908.