Forged aluminum wheels for trucks—as in Class 8 trucks, for example—are evidently big business. At least for Arconic, which announced last week that it has signed more than $450-million in long-term agreements with customers around the world.

The largest customer is PACCAR, which will be getting Alcoa wheels for medium-and heavy-duty trucks available under the Kenworth and Peterbilt badges. 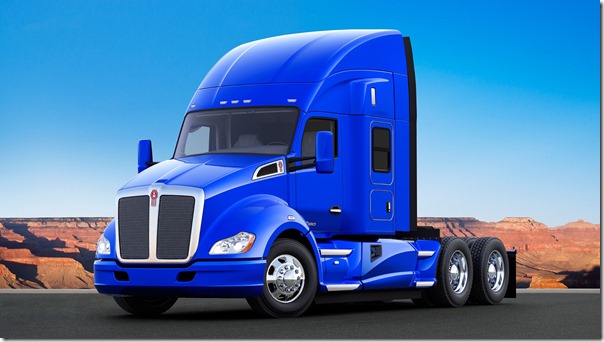 Another number, although smaller than 450-million is interesting, as well: 1,400.

That’s what Arconic says that the company’s new Ultra ONE wheels, which are made with some Bruce Willis-sounding proprietary alloy: MagnaForce, can save per truck when they’re used in place of steel wheels. (This is the whole rig, including the trailer. That is, a 22.5 x 14-inch wheel with a 12,800-pound rating weighs 52 pounds, so obviously, if the wheels are 47 percent lighter than a steel wheel, it takes several to achieve the 1,400-pound weight-down.)

Making the number of wheels necessary to fulfill those contracts is certainly demanding, as they are being produced in Arconic Wheel and Transportation Products facilities in Cleveland, Ohio; Monterrey, Mexico; Kofem, Hungary; and Suzhou, China.