Robert Bollinger is not your typical guy with an industrial design degree from Carnegie Mellon. Although he had hoped to study automotive design, that wasn’t in the cards.
#Tesla #engineer #oem

Robert Bollinger is not your typical guy with an industrial design degree from Carnegie Mellon. Although he had hoped to study automotive design, that wasn’t in the cards. He entered the advertising business in New York City. Then he joined up with a friend who had started an organic beauty products firm, John Masters Organics. Bollinger served as both the chief marketing officer and chief operating officer for the firm, which sold, twice. He moved to the Catskills and started a grass-fed cattle farm. 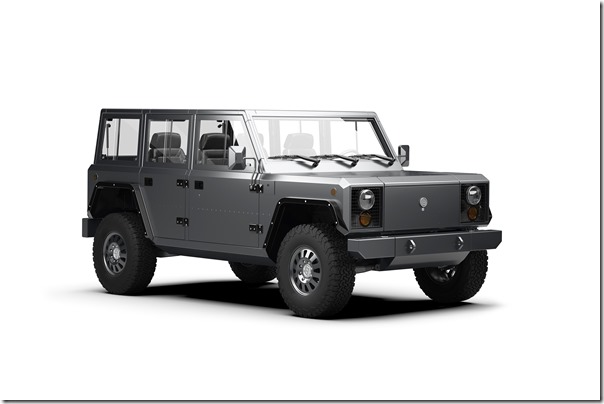 While on the farm, Bollinger says on this edition of “Autoline After Hours,” he decided that he needed a better truck. So he, along with Karl Hacken, who is now chief engineer at Bollinger Motors, set about to create one. An electric truck.

This became more than a project conducted on the side, as Bollinger started Bollinger Motors in 2014 and he and his team have developed two vehicles, the B1, an SUV, and the B2, a pickup. Both share the same powertrain, which consists of two electric motors (one front and one in the back) that produces an equivalent 614 horsepower and 668 lb-ft of torque. There is a 120-kWh battery pack that is both heated and cooled that provides the vehicles with an estimated range of 200 miles, but Bollinger says that these vehicles are likely to be used in off-road conditions (the B1 that he brought to the studio has 15 inches of ground clearance, 10 inches of wheel travel, and geared axle hubs), so if someone is climbing rocks, odds are (1) the range will vary and (2) what is the likelihood that the 120-kWh battery would be drained during the course of the outing?; if it is the B2 pickup truck (which has a 5,000-lb. payload capacity), he says that it would probably be used going back and forth on a farm). Both vehicles are street legal. 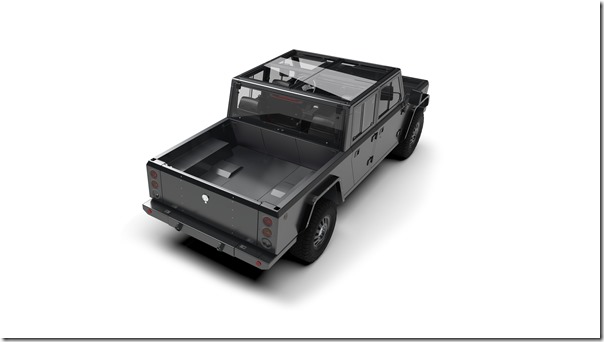 Someone’s second vehicle? “Second or third,” Robert Bollinger says. But he also says that the vehicle is all aluminum and as such, given that corrosion isn’t an issue, it should be someone’s first and last vehicle: It will just last.

The most striking thing about the B1 and the B2 is the design. The body panels are flat. There is a chamfer at the front of the hood. That’s essentially the only angle that isn’t 90-degrees. The interior is functional. Unadorned. Everything about it is about purpose. Bollinger’s design aesthetic is about simplicity. (They rented time in an FCA wind tunnel, so they’re fully cognizant of things like airflow and coefficient of drag: this is not about pushing an electrically powered brick through the air.)

Although they started in New York, Bollinger and his team have moved to Ferndale, Michigan, which is just north of 8 Mile. (Literally.) He is going to have suppliers make the main elements of the vehicles—he mentions that the body-in-white will be produced by a well-known, but unnamed, company. They will be soon announcing an assembly site within Detroit.

It is really a remarkable story about what may become what can be considered a craft movement in the auto industry, as has been seen in other industries. Think: Shinola watches.

Autoline’s John McElroy and I are joined by Henry Payne, auto critic of The Detroit News.

During the second half of the show John, Henry and I discuss a number of subjects, ranging from Ford’s investment in Rivian to Tesla’s autonomous technology developments.

But if you only have 30 minutes, just watch the first half of the show with Robert Bollinger. This could be an interview with a man who is starting something that will have profound repercussions in the industry.

And you can watch it here.