Some of you may remember the Apple “1984” commercial that ran on January 22, 1984, the ad that announced the Macintosh to the world.
#Chevrolet #Nissan #Tesla

Some of you may remember the Apple “1984” commercial that ran on January 22, 1984, the ad that announced the Macintosh to the world.

It announced to the world that the status quo wouldn’t be anymore.

An athletic woman ran through an auditorium and hurled a hammer through a large screen.

From that point forward, the conceit was, the world wouldn’t be same. 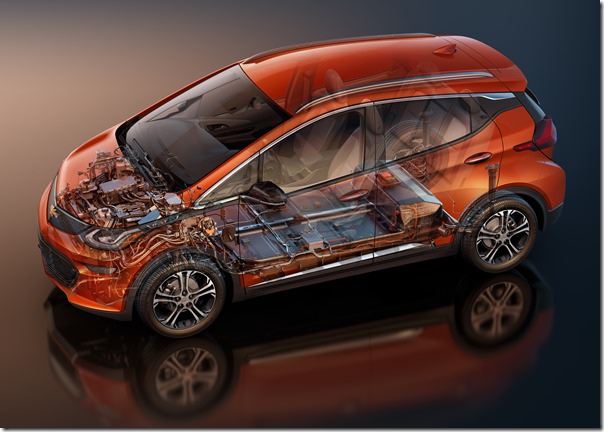 I submit that today—September 13, 2016—is a similar inflection point in technology, as Chevrolet has announced that the EPA-estimated range for the 2017 Bolt EV is 238 miles.

Sticking with the numbers for a moment here, also know that the Bolt EV, which is going to become available before the year is out, will have “an expected MSRP below $37,500.” Kick in a federal tax credit on the order of $7,500 and you end up with a vehicle that has the range of electric vehicles that cost twice that.

Now to be fair, the Tesla is a Tesla and the Bolt EV is a Chevy.

Just as people have long been willing to spend more for an Apple product than from one of those companies that no longer exist or exist in a form that only their neighbors in an industrial park know they exist (I once owned a Gateway 2000), that is probably going to be the case for some people regarding the Bolt EV vs. something from Tesla.

So let’s look at something else that is similar to the Bolt EV in configuration: the BMW i3. According to BMW’s website, the range is 81 miles. And the MSRP is $46,250.

The inhibitor to greater acceptance of electric vehicles has been range anxiety. It is a very real thing. Essentially the only company that has caused that to be a non-issue is Tesla. But that peace of mind (and fairly remarkable vehicles, to be fair) has come at a cost.

The Bolt EV, arguably, changes everything.