Although attention tends to be paid to what the OEMs are doing in the advanced development space—or simply to whatever Elon Musk is up to, or not—there is perhaps more action going on in the supplier space, at least among those suppliers who are dedicated to existing as the industry evolves.

Case in point is Bosch. Last week we reported on the company’s investment in DeepMap, a Silicon Valley-based company that is developing machine-readable mapping software for autonomous vehicles. Now we learn that the company is working with—and has taken a four percent stake in—Ceres Power, a Horsham, U.K.-based tech company that is developing solid-oxide fuel-cell (SOFC) technology. 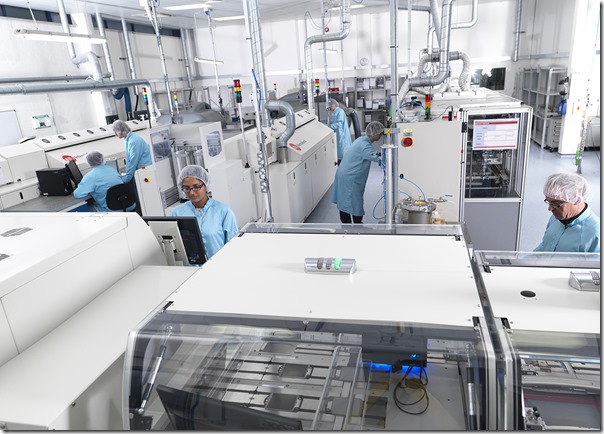 What makes this of particular interest is that this isn’t a case of Bosch looking at the fuel cell necessarily as something that would be deployed in vehicles. Rather, it is pursuing the technology four use in cities, factories, data centers, and, yes, as a power supply for charging points for electric vehicles.

According to Dr. Stefan Hartung, Bosch management board member, “Bosch believes that the highly efficient fuel cell, with its very low emissions, has an important role to play in energy systems’ security of supply and flexibility.”

Somehow in the discussion of things like the electrification of vehicles, the only time that fuel is discussed is (1) when it is pointed out that EVs don’t use gasoline and (2) when people suggest that “zero-emissions vehicles” may not be so clean given that there generally needs to be something burned (ignoring renewables, of course) for that electricity that charges the vehicles.

But here is Bosch realizing that from a global level there needs to be sources of power, not only for daily living (yes, Bosch does make things other than those that go into vehicles, ranging from dishwashers to IoT-based coffee makers), but for transportation. It also recognizes that there are going to be huge pressures on the global grid going forward, with an estimated 6-billion people on the planet by 2050, of which 70 percent will live in cities.

Given that it is anticipated that global energy consumption is going to increase by 30 percent by 2035—fewer than 20 years from now—the status quo in terms of the grid structure probably isn’t going to be able to handle it. Fuel cell-based systems may permit the decentralization of power distribution.

The plan for the Bosch-Ceres Power collaboration is to develop an SOFC module that can produce 10 kW of electrical power, which can be mass produced and linked together to generate the amount of power required in particular areas.