Bosch, the supplier that is probably most familiar to people in the auto industry for its products including antilock braking systems and fuel injectors, is entering the ridesharing business.
#Ford #NVIDIA #Bosch

Bosch, the supplier that is probably most familiar to people in the auto industry for its products including antilock braking systems and fuel injectors, is entering the ridesharing business, having, among other actions, acquired a Detroit-based start-up, Splitting Fares (SPLT).

SPLT developed an app that is primarily used by commuters (as distinct from people who need a ride to the airport or from a bar). They indicate they need a ride to work, then a SPLT algorithm determines others who have the same request and then organizes a ride for this group of people in the most efficient manner.

Unlike, say, a Lyft or Uber, SPLT is a platform that is designed so that it would be distributed to users by companies, universities or municipalities. In effect, it is more of a B2B approach to ride-hailing/ridesharing than the other approaches. 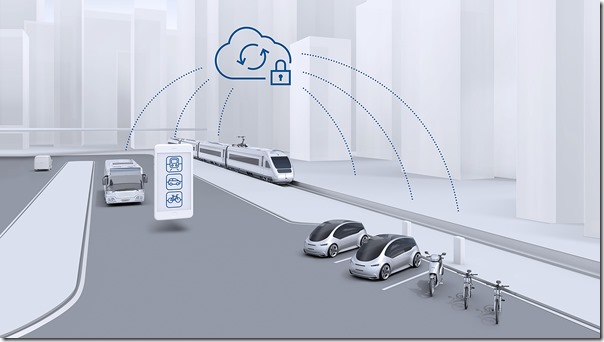 Anya Babbitt, co-founder and CEO of SPLT, said, “With this sustainable and affordable mobility service, we want to fundamentally change the way people get from A to B.”

What’s interesting about the Bosch acquisition of SPLT from another point of view was expressed by Dr. Markus Heyn, member of the Bosch board of management, who said, “With SPLT, we are extending our portfolio in the growth area of mobility services.”

Bosch is developing technologies for OEMs that can advance automated and connected vehicles. For example, it has developed a fail-degraded braking system that combines an electromechanical brake booster and electronic stability control. It is architecting a human-machine interface (HMI) for the center console that combines multiple infotainment functions and includes an artificial intelligence-based assistant that they call “Casey.”  It is working with NVIDIA on an AI system on a chip. It has taken a 5 percent stake in digital mapping company HERE.

But all of those things are, well, things. Now with the acquisition of SPLT, Bosch is solidly into mobility services. The sort of thing that GM is doing with Maven and Ford with Chariot.

Bosch as a subsidiary, COUP, that rents e-scooters in Berlin and Paris, and will start operating this year in Madrid. A service offering of the motors and batteries that the company has developed for two-wheelers. But those are scooters, something that many people in the U.S. (unless they live in places like, say, Austin), don’t give a second thought to.

But now with the SPLT acquisition, things change.

The company that was long thought of as a “Tier One supplier” is supplying, in effect, transportation products directly to the consumer. Certainly, with its appliance business, it knows more than a little something about that.

But isn’t it the case that it is now in a space that has heretofore been the domain of either what were not-so-long-ago non-Detroit-centric startups like Lyft and Uber (both of which, of course, are now well established in the infrastructure of transportation) or the OEMs?

This is bigger than just a digitally enhanced approach to what was once known as “carpooling.”

The company once known as a provider of things is now a greater part of the fabric of the automotive Internet of Things.

Will other Tier Ones follow, and if so, what does this mean about their traditional “Tier One” nature?