Bosch and ABS for Bikes

When it comes to motorcycles, the U.S. is far from being the dominant producer. According to Bosch, by 2021 there will be 160-million motorcycles produced—an increase of about a third compared with today—and of that number, approximately 90 percent will be manufactured in China, India, and Southeast Asia.

In addition to which, in other parts of the world motorcycle safety is a considerable concern.

That is, in the European Union, all newly registered motorcycles with an engine displacement of over 125 cc will be required to be equipped with antilock braking (ABS). And then in Japan and India similar legislation will go into effect in 2018 and in Taiwan in 2019.

So far, there is no legislation in the U.S. 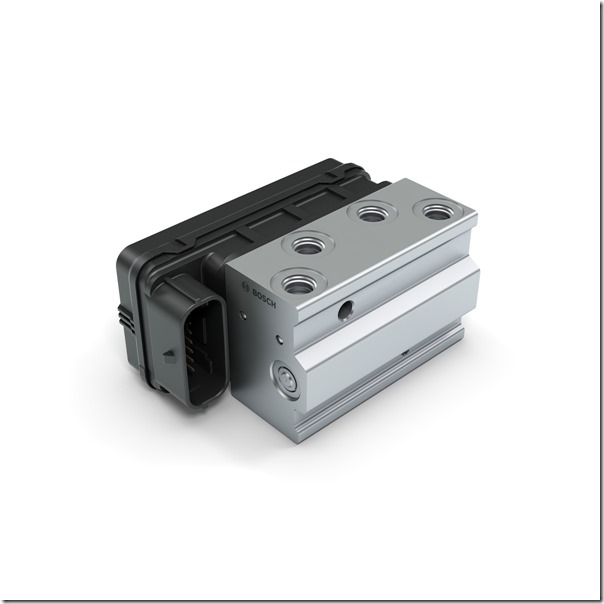 However, it is certainly a beneficial technology. According to the Insurance Institute for Highway Safety, “The rate of fatal crashes is 31 percent lower for motorcycles equipped with optional ABS than for those same models without ABS.”

The company is launching a new generation of motorcycle ABS, ABS 10, which is being deployed on the new Kawasaki Versys-X-300.

According to Bosch, the ABS system is some 30 percent lighter and 45 percent smaller than the ABS 9 system.

Bosch makes a variety of systems for motorcycles, such as an ultrasonic sensor-based side-view assist system for riders (it is a blind-spot detection system) as well as an integrated connectivity cluster, which provides telematics capabilities for bikes.

Motorcycles represent big business for Bosch. Dr. Dirk Hoheisel, member of the board of management of Robert Bosch GmbH, says, “In 2020, we want to achieve sales of one billion euros in motorcycle technology.”

Bosch established its Two-Wheeler and Powersports business unit, which is based in Yokohama, Japan, in April 2015. Its sales have grown more than 20 percent since then, while motorcycle sales have risen less than five percent during the same period.

Clearly the demand for motorcycle safety and connectivity is on the rise both to meet regulations and because, well, who doesn’t want to be connected no matter how many wheels they have?