Not only are they addressing emissions, but they are also working toward greater levels of innovation at Bosch.
#Daimler #Bosch #supplier

“It isn’t like we just started on this,” says Mike Mansuetti, president of Bosch in North America.

He’s referring to the remarkable challenge laid down by Dr. Volkmar Denner, chairman of the board of management of Robert Bosch GmbH, that the company will become carbon-neutral by as soon as 2020. Yes, next year. Denner made this commitment public on May 9, 2019.

“We see climate action as our responsibility, and believe we have to act now,” Denner said.

That’s the definition of “a sense of urgency.” 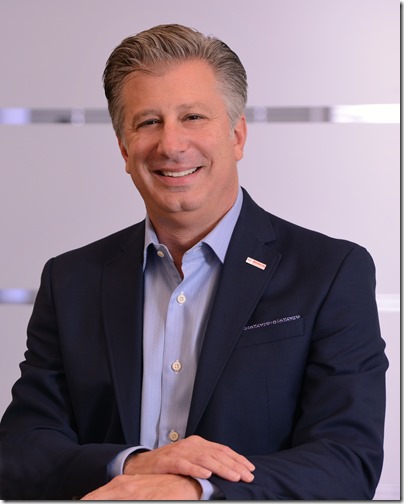 According to Mansuetti, they’ve really been working to reduce emissions since 2007, and that year-over-year the task has been to drive the amount down. He acknowledges that carbon neutrality is a “tough goal,” but he also points out that it is “consistent with our values.” Which is not the sort of thing that one often hears from someone in Mansuetti’s position. Realize that they’re operating in highly competitive segments--in North America Bosch operates four sectors, Mobility Solutions, Industrial Technology, Consumer Goods, and Energy and Building Technology—and the Mobility Solutions can be generally thought of as the company’s activities as an automotive supplier (there is more than that, but the generalization works), and for 2018, of the record $14.5-billion in sales, Mobility Solutions accounted for $9.5-billion or about 66% of the total.

While he thinks 2019 will be “a little subdued” compared with the near 6% in revenue growth in 2018 compared with 2017, he says that the organization is concentrating on success factors that include delighting the customer, maintaining a high-performance culture, and stressing innovation.

About the last, while Bosch is certainly known for such things as its fuel-injector products, Mansuetti says that there is considerable attention being given to software, sensors and services. The company is no stranger to high tech, as it was, he says, the first company to industrialize the MEMs sensor that is used in an array of products, from vehicles to cell phones. He says that the company is on a “digital transformation journey,” and as such it is doing things like working with Daimler on autonomous vehicle technology and even acquired a ride sharing start-up, SPLT.

But here’s a figure that cannot be overlooked nor can it be underestimated in its importance to ongoing success: It invested $7.0-billion in research and development.

While R&D has long been important for companies, today it is not a line item that can be taken lightly.

Any company that wants to be like Bosch needs to understand the importance of innovation, and that comes with a non-trivial amount of investment—even if you’re working toward zero carbon emissions.