Back in the mid-90s I had the opportunity to participate in the Agile Manufacturing Enterprise Forum, a cross-industry, cross-functional group with National Science Foundation funding that had the objective of determining how to create new approaches to manufacturing. It was interesting to listen to representatives from the aircraft industry and the automotive industry talk with one another as the scale and the budgets that each had seemed so disparate.

This comes to mind with this morning’s announcement by Bosch.

Harald Kröger, president of the Bosch Automotive Electronics division, said, “The first flying taxis are set to take off in major cities starting in 2023, at the latest. Bosch plans to play a leading role in shaping this future market.”

Note well the name of the division Kröger is president of. Clearly, “automotive” is giving way to other forms of mobility. 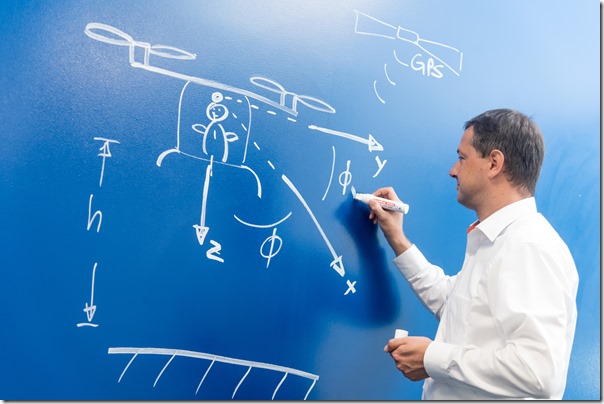 This is a compact box that is both small and lightweight and that can be readily integrated into a flying taxi. They’ve developed this unit so that there is a plug-and-play capability.

And there is another hugely important aspect: “Through our Bosch solution, we aim to make civil aviation with flying taxis affordable for a wide range of providers,” said Marcus Parentis, the head of the tech team developing the controllers for the aircraft. Automotive scale means the MEMS (microelectromechanical systems) sensors are a whole lot less expensive than those developed for traditional aircraft.

While it might seem that flying taxis are well in the future, Kröger’s quoted comment indicates otherwise.

In addition, Bosch cites research from the Boston Consulting Group that projects as many as 1-billion air taxis flights in 2030, or just 11 years from now.

However, there is something to take into account, which goes back to the opening paragraph regarding the differences between aero and auto. Bosch estimates that a flying taxi will cost approximately $550,000, which it says is “far less than a comparable helicopter equipped with today’s technology.”

That said, according to figures from the Colorado Department of Transportation, a 40-foot bus, the sort of thing that drives in cities, holds approximately 42 passengers and has an average price “between $250,000 and $280,000.” Of course, they don’t fly.

And the cost of transport is a relative thing.