It goes without saying that an autonomous vehicle really needs to “know” where it is at any given time during its travels. This is why the test vehicles that are out on the public roads and test tracks are festooned with radar, lidar, cameras, and ultrasonic sensors. But another important input for geolocating a vehicle is GPS, so there’s also an antenna that is receiving signals. 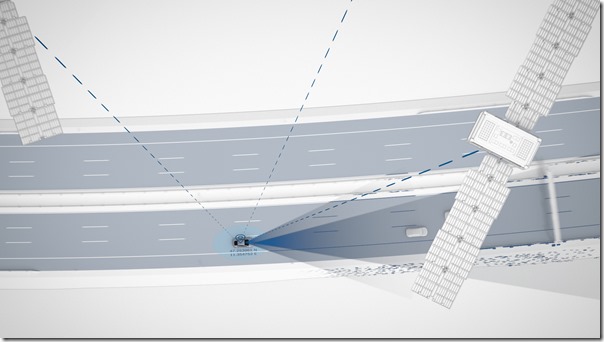 But there are a couple of things to think about. One is that vehicles have on-board “knowledge,” information about things like the wheel speed and the steering angle (information that is used today for things like electronic stability control).

The other thing is that for a variety of reasons—and something as simple as the weather—the location information provided by GPS can be off by a few meters. Which means that the vehicle using that data for purposes of location could be off the road by a few, as well.

So Bosch, explains Christian Sperrle, Engineering Manager, Radar Software Development, has developed the Vehicle Motion Position Sensor (VMPS) that not only utilizes information obtained by the sensors embedded in the vehicle (e.g., torque angle sensors, accelerometers), but information from the cloud, on-board mapping information, as well as from satellites.

And as for the satellite information, this isn’t just GPS, but the Bosch VMPS uses antennas that allow it to receive information from the GNSS, or Global Navigation Satellite System, which means that GPS is supplemented by location information provided by Galileo—the European Union’s version of GPS—and Glonass—the Russian’s. 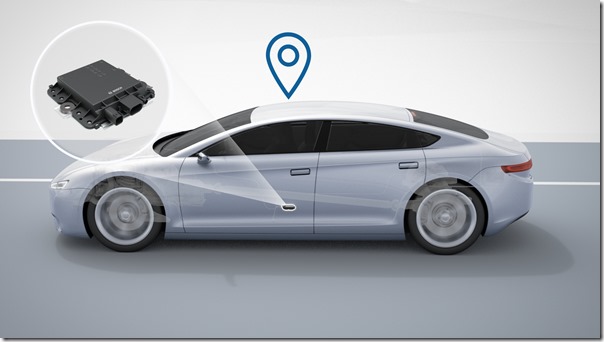 In addition to which, that information is also calibrated via ground stations.

According to Sperrle, this will help locate a vehicle “within decimeters,” as in one decimeter equaling one-tenth of a meter.

Which can make all the difference when you’re (not) driving.

The VMPS is not yet in production.