Although automotive suppliers Bosch Rexroth Corp. (bosch.com) and ZF Group (zf.com) are competitors, they have one thing in common: as both companies help drive automated driver assistance systems (ADAS) technologies forward, both companies are working with NVIDIA (nvidia.com), the manufacturer of graphics processors.
#NVIDIA #ZF #Bosch 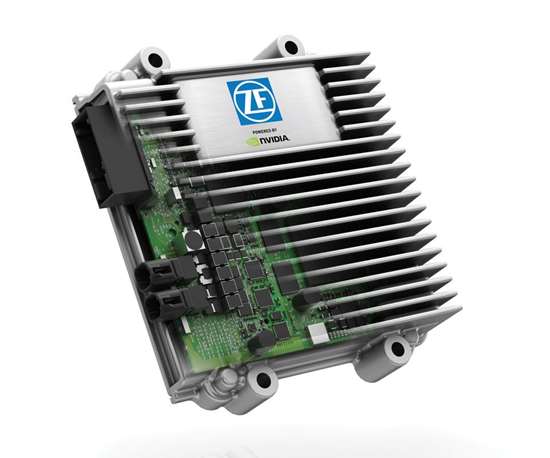 The ZF ProAI system for autonomous driving is based on an NVIDIA processor.

Although automotive suppliers Bosch Rexroth Corp. (bosch.com) and ZF Group (zf.com) are competitors, they have one thing in common: as both companies help drive automated driver assistance systems (ADAS) technologies forward, both companies are working with NVIDIA (nvidia.com), the manufacturer of graphics processors.

Item: The ZF ProAI system developed for automated highway driving. It is based on the NVIDIA DRIVE PX 2 AI computing platform that is capable of processing inputs in real-time from cameras, LiDAR, radar, and ultrasonic sensors. The system can determine where it is in reference to an HD map, what is happening around the vehicle and determine how to proceed safely. When introducing the system at CES 2017, ZF CEO Dr. Stefan Sommer said, “With NVIDIA, we are bringing the supercomputing power required for artificial intelligence into cars and commercial vehicles. ZF is enabling vehicles to see, think and act. NVIDIA’s AI platform lets us take a giant leap forward when it comes to enabling vehicles—whether cars, trucks or forklifts—to think.”

Item: At the Bosch ConnectedWorld 2017 event held this past March in Berlin, it was announced that Bosch is building a core onboard computer that will use an NVIDIA processor. The Bosch computer will use artificial intelligence (AI) for learning, as well as to interpret the vehicle surrounds and make predictions of what other road users—be they vehicles, pedestrians, or cyclists—will do. (A simple but telling example: if the system sees that another vehicle has its turn signal activated, it is likely that the vehicle in question will make a turn. This may be easy for human drivers to conclude, but that’s only after the human driver has learned that’s what the blinking light means.) When describing Bosch’s activities in this area, Dr. Volkmar Denner, chairman of the Bosch board of management, said, “We are teaching the car how to maneuver through road traffic by itself.” He added, “We want automated driving to be possible in every situation. As early as the next decade, driverless cars will also be a part of everyday life.”
And to think that not all that long ago NVIDIA was probably best known by gamers for its screaming-fast processors.