No, these aren’t cars. They’re boxes. But not just any boxes. These are black anodized aluminum cases that are specifically engineered for riders of the 2018 BMW R 1200 GS or R 1200 Adventure models. Just as the color black seems to be all the rage for cars, trucks and SUVs, apparently it is the same for motorcycles. Noted Ben Radzyner, Manager, Parts and Accessories, BMW Motorrad USA.  “Designed and manufactured to BMW Motorrad’s highest standards, we are thrilled to be able to offer these highly sought-after accessories and eagerly await the arrival of additional Black Edition products for the U.S. market later this year.” 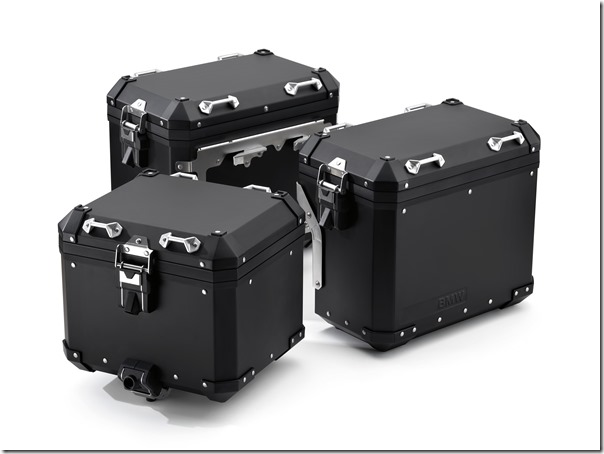 According to a recent poll conducted by Gallup, 19 percent of U.S. adults think that driverless cars will be common on the roads in the U.S. within five years. Throw in those who see it happening within 10 years, and the total is 53 percent or more than half. That said, when it comes to safety, 29 percent think “all human-operated” is best and an additional 18 percent say “mostly human-operated,” for a total of 47 percent saying that drivers’ involvement helps out safety. Contrast that with 18 percent thinking that the safest option is “all driverless” and an additional 10 percent that give the nod to “mostly driverless.” That sums to an underwhelming 28 percent. So it seems that there are there are likely to be more autonomous vehicles rolling around than people who feel comfortable about their autonomy.

A study released in March says that there is an area in the North Pacific Ocean that has been given the unscientific sounding but completely appropriate name: the Great Pacific Garbage Patch. There are 1.8-trillion pieces of plastic trash, or 80-million kilograms worth, that constitute it. Apparently, the amount of garbage has been significantly growing over time. Yes, it is a big ocean, but that’s a lot of stuff that doesn’t belong there. The Volvo Ocean Race, which began last October and will finish at the end of June, is 45,000-nautical miles long. The race is sponsored by Volvo Group, which makes trucks, buses, construction equipment, and the like. Turns out that the sailors are encountering a lot of plastic debris, both visible and invisible. There is a science program being conducted during the race (as well as efforts at the ports of call to bring awareness of ocean pollution). Samples were taken of the water in the South China Sea and it was discovered that there are 360 particles of microplastics per cubic meter of water, which may not seem like a big deal until you know that the water flows into one of five major gyres, in this case the Great Pacific Ocean Gyre, which is a concentration of plastic debris that is estimated to be twice the size of Texas and weigh about seven million tons. The science program is sponsored by Volvo Cars, the company that, well, makes cars. Want to help? Check here. 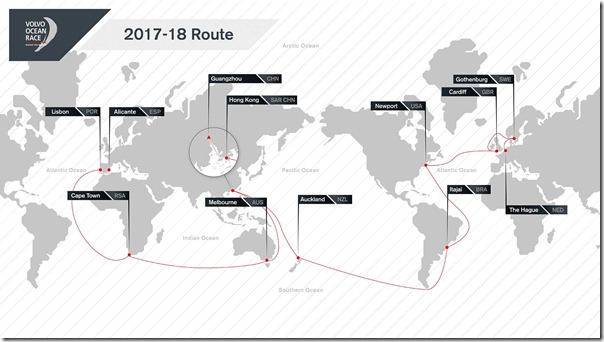