BRABUS Increases G 63 Output Because That’s What It Does

The “conventional” Mercedes AMG G 63 has a 4.0-liter bi-turbo V8 engine that produces 585 hp and propels the rather behemothian vehicle from 0 to 62 mph in a brisk 4.5 seconds. The engine is designed so that the two twin-scroll turbochargers are not outside the cylinder banks, where they might ordinarily be found, but inside the cylinder V, thereby improving airflow while providing a more compact packaging for the vehicle. 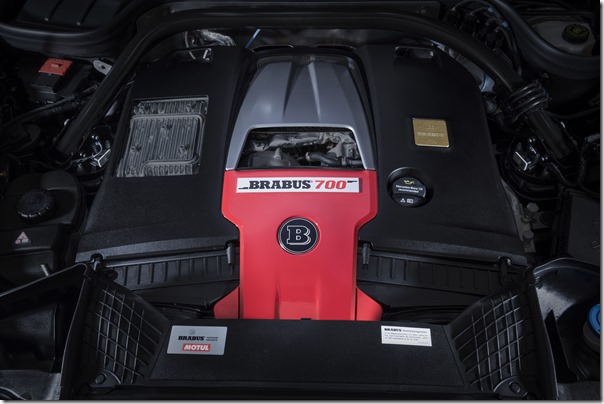 If that’s not enough, then it is worth knowing that BRABUS, which is known for its tuning of Mercedes engines, has introduced the BRABUS 700 Widestar version of the AMG G 63, which deploys a performance upgrade to the engine so that it produces 700 hp. And because 0 to 100 km/h in 4.5 seconds might not be fast enough, know that the performance kit BRABUS developed, which includes new mapping software for the injection and ignition, and which increases the boost pressure, allows the vehicle to trim 0.2 seconds off that time. You know the phrase “in the blink of an eye”?

The company has limited the top speed to 240 km/h. To protect the tires.

The vehicle does have some exterior design modifications, such as wheel arch flares that add 10 centimeters to the width of the vehicle—because let’s face it, the stock 193 cm are not enough—as well as new front and rear fascias, a roof-mounted auxiliary light bar on the roof (for those curious, light travels at 1.079 x 109 km/h, which is somewhat faster than the Widestar), and forged 23-inch wheels. 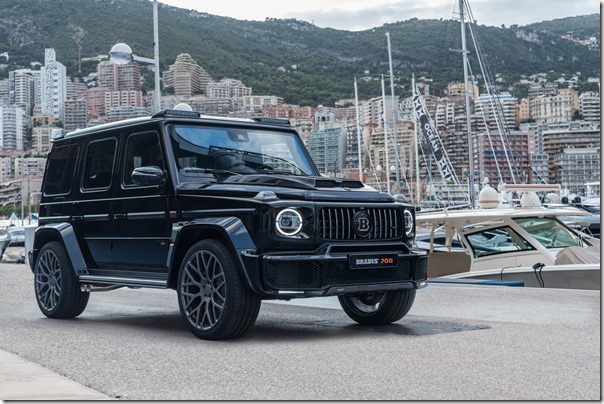 And what seems particularly remarkable—not that anyone who is seriously interested in this vehicle would actually care about this data point—according to BRABUS the combined city/highway fuel economy rating for the vehicle is 13.1 l/100 km, or 17.96 mpg.