One of the things that is becoming more important to several automobile manufacturers is discovering alternatives to the norm, not only in creating advanced powertrains and autonomous technology, but as regards alternatives to straight-up cars and trucks.

Notably, French vehicle manufacturer Peugeot produced its first folding bike in. . .1892. (It was designed by Captain Henri Gerard for the French army.)

Peugeot is launching its first electrically assisted folding bike, the eF01. It joins a lineup of more than 10 models of electrical bicycles that the company has had on the market since 2009. 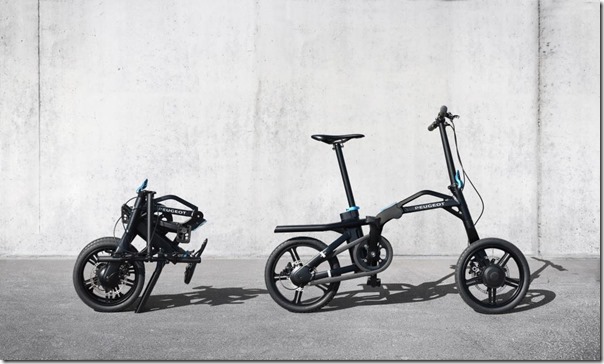 According to Neil Simpson, lead designer at the Peugeot Design Lab, "The eF01 benefits from optimized ergonomics. When folded, the bikes two wheels are perfectly aligned allowing the user to effortlessly walk with the bike using the handle built into the frame. The eF01 possesses a patented memory system for the saddle which means the perfect saddle height can be quickly achieved every time."

The eF01 can be recharged in about two hours from a 12-volt outlet. Peugeot has configured its 5008 model SUV with what it calls the “Dockstation,” especially designed to store and charge the eF01 in the rear cargo area.

It can be folded in less than 10 seconds. 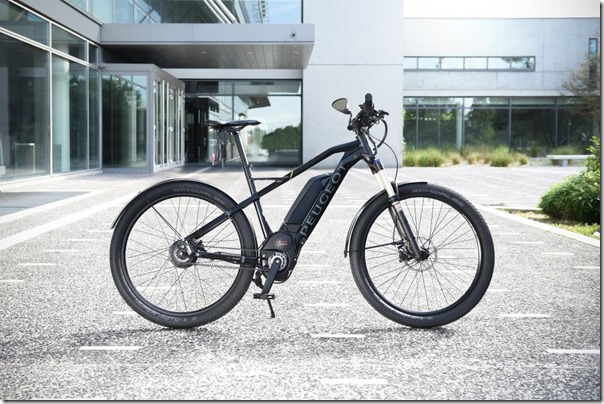 For those who are looking for something in a faster, more traditional bike, Peugeot is also launching the eU01s, which uses a Bosch Performance Line electric motor that propels the bike to a top speed of 45 km/h (28 mph). 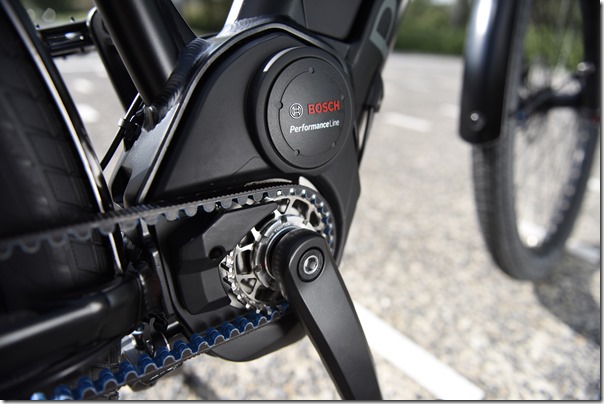 An optional feature for the eUO1s is the Bosch Nyon system, which is a compact computer that has a 4.3-inch screen providing everything from help in setting up the pedal assistance profile to navigation.

Wonder what Captain Gerard would have thought about all this?