Although the Buick Envision was launched as a model year 2016 luxury compact crossover, it hasn’t taken Buick long to do a refresh of the vehicle, both in terms of new sheet metal on the exterior as well beneath the skin.

As Elizabeth Pilibosian, Envision chief engineer puts it, “Beneath the updated exterior are a number of changes guided by a goal of offering the most refined and pleasant driving experience possible.”

There is a new front fascia including a restyled grille, and a new rear fascia. They’ve upgraded the lighting for all models in the lineup, including LED wing signature lights across the board. 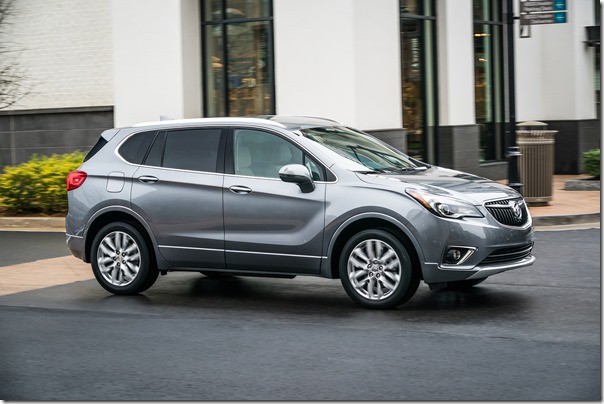 They’re deploying a new nine-speed automatic for the 2.0-liter engine, and the turbocharged engine has increased capabilities, providing 252 hp and 295 lb-ft of torque.

Because some people can find engine stop/start somewhat annoying (especially when stuck in traffic), there is now a deactivation switch.

They’ve improved the visibility from the rear vision camera and added wireless charging capability that will even handle the iPhone 8/iPhone X. 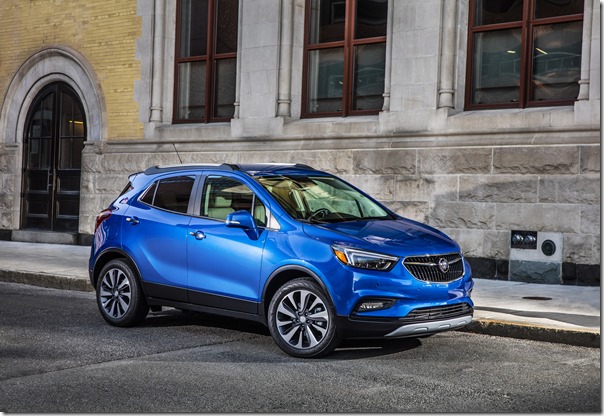 Buick has found that about 60 percent of the purchasers of its small Encore SUV are new to General Motors, and that about half of those people go on to get another Buick SUV, so presumably modifying the front end of the Envision to look more like the Encore is part of the strategy to keep the customers satisfied.

Buick has become a rather interesting division within General Motors, in that so far as products available in the U.S. market go, it draws on the most diverse manufacturing locations.

· The Envision is built in China

· The Encore is built in South Korea

· The Cascada is built in Poland

· The Regal TourX is built in Germany

But know well that:

· The LaCrosse is built at the Detroit-Hamtramck plant

· The Enclave is built at the Delta Township plant in Michigan

If there is any doubt that this is a global industry, just take Buick into account.

Incidentally, the man who founded the firm that carries his name, David Dunbar Buick, was born in Scotland. OK. His family moved to the U.S. when he was two.