Gail May has had a phenomenal career.

She’s the division manager for the Performance Manufacturing Center—the place where the Acura NSX is built. By hand. In a plant that was setup specifically in order to be able to produce the vehicle with the level of quality execution required of a vehicle that has a starting price just shy of $160,000. (The PMC is also where special editions of other Acura models are modified.) 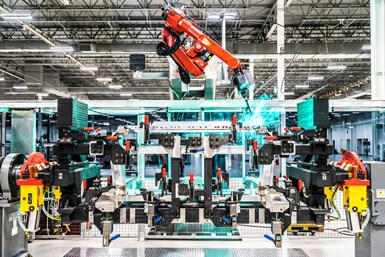 MIG welding inside the Acura Precision Manufacturing Center, where the NSX is built. (Images: Honda)

May has been with Honda since 1993, having started as an engineering staff associate in the product engineering development group at the Marysville Auto Plant. 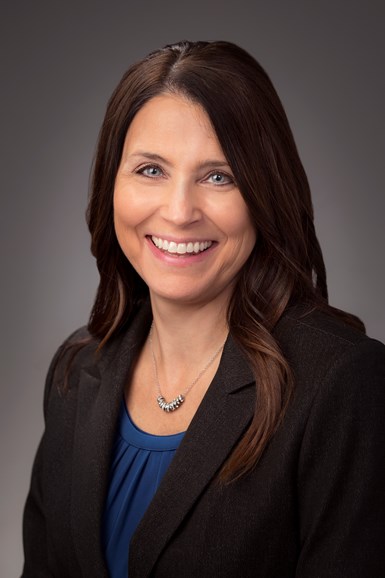 Gail May, division manager of the Acura Performance Manufacturing Center.

Which then brings us to another person whose previous job to the one he has now—vice president at Honda of America Manufacturing—was as plant manager at the Marysville Auto Plant.

His present job makes him responsible for all of the Honda manufacturing plants in North America.

His name is Rob May.

Yes, he is Gail May’s husband.

Autoline After Hours: The 500th Show

On this very special edition of “Autoline After Hours”—the 500th “AAH”—John McElroy and I have the opportunity to talk with the Mays.

It is a wide-ranging discussion, including how one builds an Acura NSX, how one manufactures hundreds of thousands of vehicles like the Accord that have legendary quality and reliability, and how the wife and husband are able to manage the work-life balance (two factors to keep in mind: they both typically work 12- to 14-hour days; they have a white board in their house that they use for discussions). 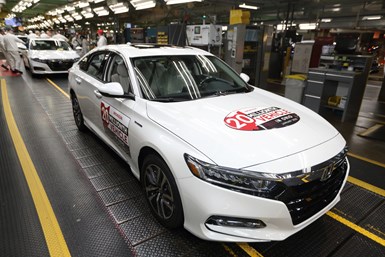 The 20 millionth vehicle that Honda has built in Ohio: an Accord at the Marysville Plant.

Either one of them would be a top-notch guest, full of true deep knowledge of the industry.

And on this show you can see both.

In addition to which, for the second half of the show we are joined by long-time automotive journalist—some would argue the dean of auto journalists—Paul Eisenstein of The Detroit Bureau. The discussion goes into the hugely unfortunate COVID-19 pandemic and know that part-two of the show is somewhat bracing.

But we do get to some interesting discussions about cars, the 2020 Hyundai Sonata, the Mazda CX-30 and the Genesis G90.