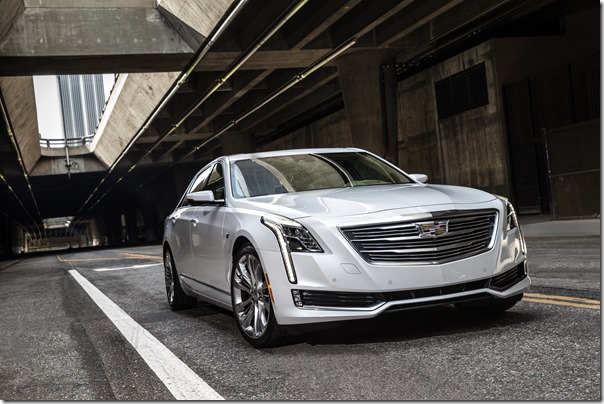 All in, Cadillac was down 8.6 percent February to February. All in, Lincoln was up 8.8 percent February to February.

So what’s going on here?

That is a question that is addressed on this edition of “Autoline After Hours” with Autoline’s John McElroy, Alisa Priddle of Motor Trend, Stephanie Brinley of IHS Markit, and me.

(Among the speculations are that (1) Cadillac is showing discipline by holding prices in order to fulfill Johan de Nysschen’s plan to make the brand more premium and (2) Lincoln is addressing the luxury-as-comfort demand in the market, one that has been overlooked by companies, including Cadillac, as they try to provide more and more performance rather seats that can be adjusted 30 ways (Perfect Position Seats).)

Then there is the phenomenon of compact crossover sales going through the proverbial sunroof in February.

· Ford Escape sales were 27,637, up 15.9 percent, and its sales made it by far the best-selling vehicle in the company’s lineup that doesn’t start with an “F”

· Nissan Rogue sales were completely unbelievable: 33,149, up a whopping 53.7 percent Numbers like these have to give sedan product planners plenty of pause.

We also look at Consumer Reports’ Top 10 list (which doesn’t provoke a whole lot of reaction) and address Lexus design.

And there’s more. Which you can see here: