Yesterday we looked at Ford’s April sales. I am not going to run through every OEM for the next couple of weeks, but there is something that in and of itself is absolutely notable, which is the fact that Cadillac sales for the month of April have a + sign in front of them despite the fact that ATS sales are off 19.1 percent compared with April 2016, CTS sales are down 34.6 percent, ELR by 97.9 percent, Escalade off 17.8 percent, Escalade ESV down 6.5 percent, SRX down 99.4 percent, and XTS down 39.9 percent. 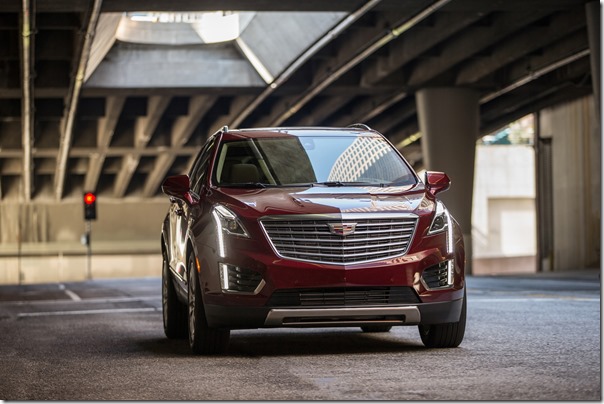 With all of that down, how can there be an up?

(2) XT5 sales in April were 5,501, and GM doesn’t even put a percentage increase on that crossover because it was too new/limited last year.

The 5,501 units are impressive if for no other reason than they represent 44 percent of Cadillac’s total deliveries in April, 12,300.

While that CT6 percentage is a big number, but not so big in things moved from the dealer lots.

That is, while there is something of a renewed crosstown rivalry between Cadillac and Lincoln, and the Lincoln Continental is holding a lead for the month of April (1,003 units) and the year so far (4,212) over the CT6 (978 in April; 3,382 for the first four months), the XT5’s sales alone in April are 91 percent of the sales of all Lincoln SUVs—MKC, MKX, MKT, Navigator—for the month (6,009 units).

Think about that: the XT5 vs. four vehicles and it comes awfully close.

But let’s give one to Dearborn: While the Lincoln brand sales so far this year are 36,774 compared with Cadillac’s 46,282, Lincoln sales are up 6 percent compared to the same period in 2016 while Cadillac’s are down 1.3 percent for the same period.