According to widely accepted statics, if California was a country, it would have the fifth largest economy in the world. Yes, world. If California became 5th, then that would move Canada down the list to 11th. Which is interesting to note only because earlier this week California and Canada signed a memorandum of understanding, the purpose of which is “to promote and carry out cooperative activities on policy and regulatory measures that reduce emission from greenhouse gases and air pollutants including from: vehicles, engines, and fuels according to Environment and Climate Change Canada and the California Air Resources Boards’ respective competencies and based on principles of equality, reciprocity, information exchange and mutual benefit.” 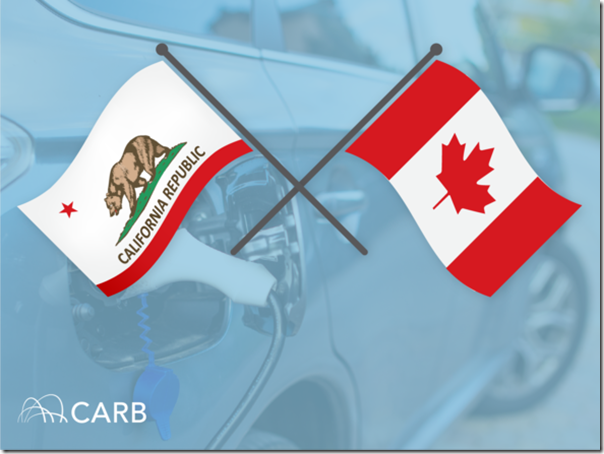 Because this memorandum of understanding, which is to last five years, is a legal document, there are several “Whereas” statements, including the first, which says, in part, “climate change is real, urgent and leading to more frequent extreme weather events”; the second that includes “climate change is a global threat”; the third, which reads in toto, “WHEREAS cleaner vehicles, engines, and fuels, help fight climate change and reduce air pollution that is harming peoples’ health, and can reduce costs for households and companies” and the fourth, which begins noting “the North American auto sector is deeply integrated,” it is fairly clear that the governments of Canada and California are fairly well aligned on the need to address automotive-related emissions.

One other thing about this: there are 13 other states that are aligned with California’s standards. All in, they account for about 40% of the light vehicles sold in the United States.

When there are that many vehicles likely to fall under the same regulations, then OEMs need to pay some serious attention, regardless of what comes out of Washington.