Can You Be a Rebel in a Maserati Quattroporte?

Well, if you are one of 225 people in North America, you can find out
#Maserati #Carbon

When it comes to luxury marques in the U.S. Maserati is one that still has a bit of distinctiveness to it. Some brands have been chasing sales numbers such that it is hard not to see them several units deep in a Ritz-Carlton parking lot.

However, it is a bit amusing that Maserati is launching a limited-edition series—limited as in 225 vehicles, all in—on the North American market that’s named “Edizione Ribelle.” 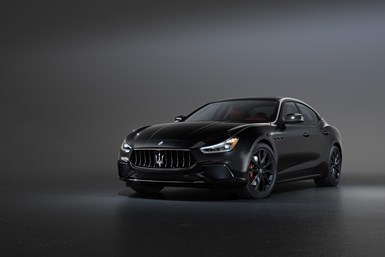 Al Gardner, CEO of Maserati North America, explains, “The name ‘Ribelle’ means ‘rebel’ in Italian and pays homage to the rebel nature of Maserati as the choice for consumers who want to stand out from the crowd and not blend into the sea of sameness.”

The 225 units will be divided as follows:

The key differentiators from “ordinary” Maseratis are found on the exterior and interior. As in the use of “Nero Ribelle Mica Paint” and the “Nerissimo Package” on the exterior. As for the latter, it means that there is a Black Chrome is tasteful abundance on the grille upper bezel trim, rear truck accent, side air vents, Maserati badges on the C-pillar, and Maserati logo, model, engine, and vehicle name on the rear.

In addition to which there are black window surrounds, exhaust tips, vertical grille bars, and the 20-inch wheels (of course, there are red brake calipers peeking through).

Inside, the black and red continue—or that would be nero and rosso—in terms of the leather seating material, which also features contrasting stitching. 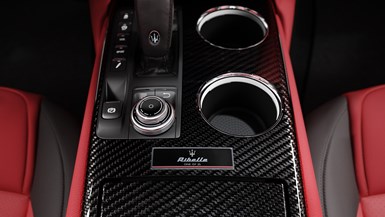 There is also a badge on the carbon fiber center console that points out that a given Ghibli S Q4, for example, is one of 100.