Can You Drive an EV in the Rain?

Although there is a veritable fleet of electric vehicles coming on the global market within the next few years, it seems that if the results of research in the United Kingdom track in any way with the rest of the world then the OEMs are in for a whole lot of electric vehicles sitting unsold in dealer lots.

Go Ultra Low, consortium of OEMs, government and the Society of Motor Manufacturers and Traders (SMMT), a trade group, established to promote electrified vehicles in the UK, conducted the survey in June among 2,000 people above age 18. 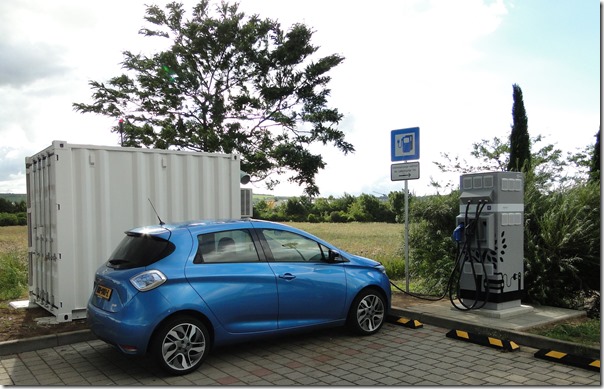 And they found that 52 percent of the respondents don’t even think they could explain to someone what an electric car is.

What’s more, 42 percent don’t know if an electric car could go through a car wash (yes, and they can even be driven in the rain).

Some 25 percent are concerned with lifetime cost of ownership, thinking that maintenance costs are higher for electric vehicles compared to those powered by gasoline or diesel engines when, according to Go Ultra Low, the costs can actually be 70 percent less.

Twenty-nine percent don’t know that it is possible to charge an electric vehicle at one’s home, and there is an underestimation of the number of charge points available in the UK: not 6,000, but more on the order of 17,000.

Of course, when Henry Ford tried to convince the world that horses weren’t necessarily the best form of transportation he had his work cut out for him, too—and those who bought Model Ts probably didn’t think much about taking them out in the rain, given the absence of windshield wipers (and according to Professional Car Washing and Detailing, the first semi-automatic car was didn’t exist until 1946, so at least that wasn’t an issue).