This is the Lamborghini Centenario Roadster that was introduced this past weekend at “The Quail, A Motorsports Gathering” in Carmel, California.
#HP #oem #Carbon

This is the Lamborghini Centenario Roadster that was introduced this past weekend at “The Quail, A Motorsports Gathering” in Carmel, California. It features a 770-hp, naturally aspirated V12 engine. The Centenario Roadster, which features a carbon fiber monocoque and body, has a weight to power ratio of 2.04 kg/hp. Which means it's damned light and wicked fast.

The Roadster follows on the heels of the first car that was developed to commemorate the centenary of company founder Ferruccio Lamborghini, the Centenario Coupe.

This car is not a concept car. It is a production car.

However, this is a car that has a starting price of 2-million euros—plus tax.

And it might as well be a concept car because the production run for the Roadster, like the Coupe, is 20.

This is the Cadillac Escala, which was also introduced this past weekend at the annual Pebble Beach Concours d’Elegance. 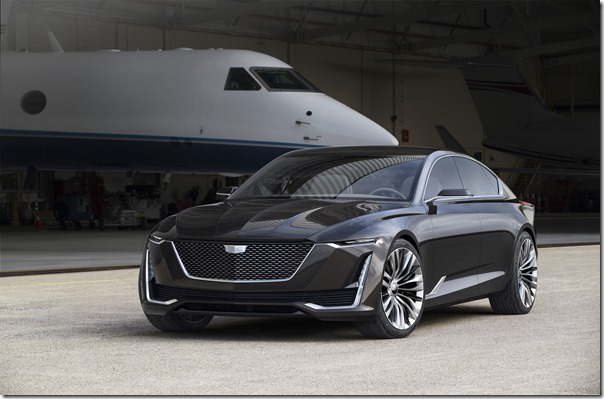 This is a large luxury sedan.

And it is a concept.

According to Johan de Nysschen, president of Global Cadillac, “Escala is a concept with two clear objectives. First, Escala is a statement of intent for the next iteration of the Cadillac design language, and also technical concepts in development for future Cadillac models. Secondly, Escala builds Cadillac’s aspirational character, signaling the brand’s return to the pinnacle of premium.”

The four-door sedan is large. It measures 210.5 inches in overall length. The biggest (non-Escalade) Cadillac is the CT6. The CT6 is 204 inches long. The Escala is based on the large luxury architecture that serves as the basis of the CT6.

One slightly unusual aspect of the Escala (Spanish for scale, which undoubtedly is a nod to its dimensions) is that it has a liftback design.

While LED headlamps have become a requirement on luxury cars (and are becoming common on non-lux vehicles, sapping away some of the exclusivity), Cadillac is taking it one step further, using organic light emitting diode (OLED) lighting elements. 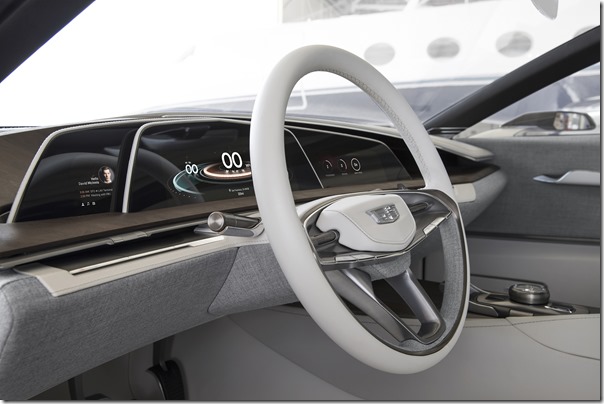 OLEDs are also used for the three screens on the interior of the car. This may be a majestic vehicle, but the levels of technology and attendant connectivity have not been overlooked. Yes, there is hand-stitched leather. Yes, there are pieces of hand-tailored fabrics ordinarily found making up suits inside. But make no mistake, there is an emphasis on the 21st century (although one might have imagined that Mark Zuckerberg-like T-shirt material could have been put to good use as his sartorial style is probably more definitionally correct when it comes to wealthy people).

Which makes me wonder: is the Centenario Roadster uniquely Italian or just an amazing design?