Cars Without Coffee: Bennion Designs Corvettes. And Drives Them, Too.

Eighth in a series. Why wouldn’t he have a 660-hp Corvette in his garage?
#Chevrolet #tech #people

We’ll let that sink in for a minute for purposes of getting one’s jealousy under control.

What’s more, Bennion has been in the Corvette Studio since 1986.

And let that one sink in, too. 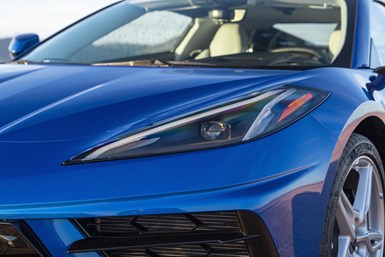 And, of course, Bennion was in deep for the C8 (the 2020 North American Car of the Year, incidentally, and probably the car that more auto enthusiasts awaited with fully rewarded anticipation last year).

Bennion is a graduate of the Cleveland Institute of Art, from which he holds a degree in Industrial Design.

He is also an enthusiastic amateur racer, so when you look at the taut aerodynamic surfaces on something like the C8 and realize that there is nothing extraneous, you can see the intersection between an industrial design understanding as well as that of someone who knows first-hand that cars that go fast and handle well cannot have any gratuitous excess.

Why It Is Cool: “My 2011 Corvette Z06 Carbon embraces the attributes I value most in a performance car. Weighing in at just 3,150 pounds, this is one the lightest (modern) Corvettes ever built. Production of this special edition was limited, and I proudly own VIN #199 out of 252. My favorite detail is the car’s door number which acknowledges Corvette’s 50 years of racing at Le Mans!”--Bennion

Bonus Information About the 2011 Z06 Carbon: