Not only is the Porsche in the garage of the chief designer of Kia Design Center America cool, it is also rare. And in-process.
#Kia #people #Porsche 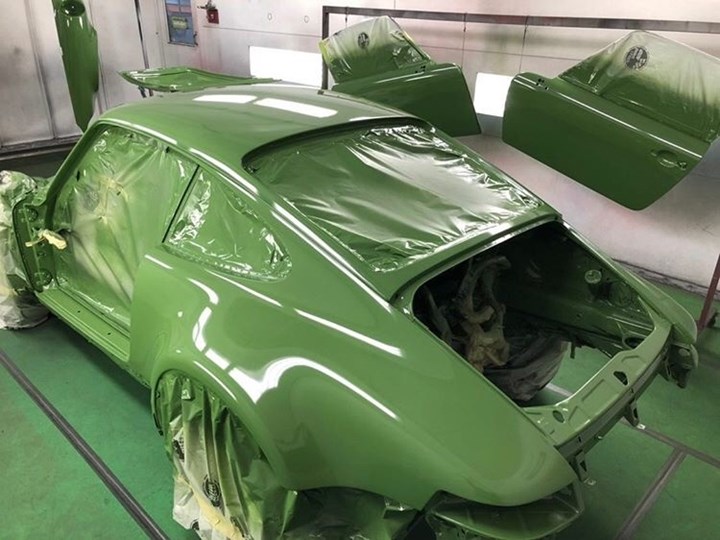 Why it’s cool? Those hips! I chose a unique color for this 964, it’s called “Olive Green,” an original non-metallic Porsche color from the late ’70s. This is a rare car in a unique Porsche color—I don’t think you’ll see another one like it in the world. I also had a custom, one-off duck tail spoiler sculpted by two master modelers who worked on the original Porsche Carrera GT concept and production supercar back in 2000.

One of the most notable vehicles of late to come out of the Kia Design Center America is the Telluride, a crossover that gains significant presence from a minimalist approach to styling such that it is a vehicle that appears both fresh and fit-to-purpose, a combination of characteristics that is rarely achieved by a vehicle (that is, sometimes there will be contemporaneity that results in a collapse of functionality—think of a diving roofline on a vehicle that looks cool and crushes rear occupants—or a vehicle that appears fit-to-purpose yet has the visual appeal of a Soviet tractor). The Telluride has managed to become not only a massive market success for the company, but has garnered a variety of industry awards in the face of stiff competition (North American Utility of the Year, MotorTrend SUV of the Year, Car and Driver 10Best). 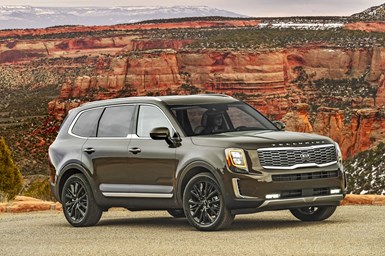 The chief designer at Kia Design Center America is Tom Kearns, who has been with Kia since 2004. Prior to joining Kia, the College for Creative Studies grad spent 17 years at General Motors, both in the U.S. and Europe. All of which is to say that he has a wide sense of vehicle design. Since being with Kia, the Irvine, California-based studio has been responsible for a number of vehicles, not only the Telluride, but the original Soul and the Forte.