Eleventh in a series. Yes, he knows about autonomous driving. But Waymo’s Krafcik loves cars you drive. And he’s also important in another way.
#Ford #Hyundai #people

Arguably, if there are rock stars in the auto industry, John Krafcik is one of them. After all, Krafcik is the guy who runs Waymo, the self-driving technology development company that is part of Alphabet.

This means that he resonates not only with the people in the traditional auto industry, but also with the cadre of folk who are more interested in gigaflops than horsepower. 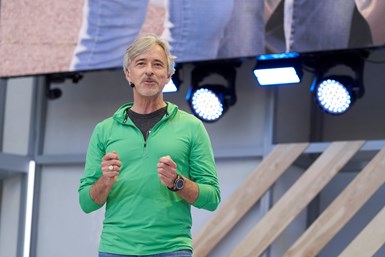 But there is something that I think makes Krafcik even more special.

Well, some of us think so.

Back in 1990 a book titled The Machine That Changed the World was published. Essentially, that book had a transformative effect on the auto industry unlike any volume before or since.

Krafcik did not write the book that explains in some detail the Toyota Production System in contrast with what was the norm that existed at what was then the Big Three.

So here’s the thing about Krafcik: He coined that term.

That’s right: the guy who runs Waymo today had been a researcher in the MIT International Motor Vehicle Program, from which The Machine That Changed the World was born.

In the Fall 1988 Sloan Management Review Krafcik wrote an article. It is titled “Triumph of the Lean Production System.”

I first met John in the late ‘90s when he was chief engineer at Ford on the full-size SUV program. Then he moved on to Hyundai Motor America, where he was initially vice president of Corporate Planning and where he was to become president and CEO, before leaving the company in 2013. He went to TrueCar as president, and then Google hired him in 2015.

And now he is the CEO of Waymo.

And the guy who coined “lean.”

Krafcik has always been an automotive enthusiast. I will not forget being on a Hyundai drive program in Santa Barbara in 2008 when he pulled me aside from a reception and said, “C’mon, I have to show you something.” He took me out to a parking lot at the resort and showed me a camo’d car, what was to become the 2010 Hyundai Genesis Coupe. And then we went for a ride. He was in his element.

Why It’s Cool: “My son Alex found the car . . . appropriate as he and the car are the same age. On one of our very first drives together, we—somehow—forgot to secure the targa panel latches at the windshield header positions, and at about 60 mph on the Foothill Expressway we learned the importance of proper latching. The roof panel flew off the car amidst a flurry of what-just-happened, and, somehow, miraculously, came down to earth without hitting anything. (I can confirm this issue has not reoccurred.)

“When I'm not using the Waymo Driver to get to work, and when we're not living in quarantine, this is my daily driver.”