While there is all manner of consternation regarding Brexit in the U.K. and the E.U.—the issue of the Brits departing from the European Union—there is an exit of another sort that could conceivably be telling—a small clue, mind you, but a clue nonetheless—about the future of the automobile in the U.K.

The organizers of the Canary Wharf Motorexpo, which has been held each June since 1996 at an East London estate, a free car show, announced that it will be no more. 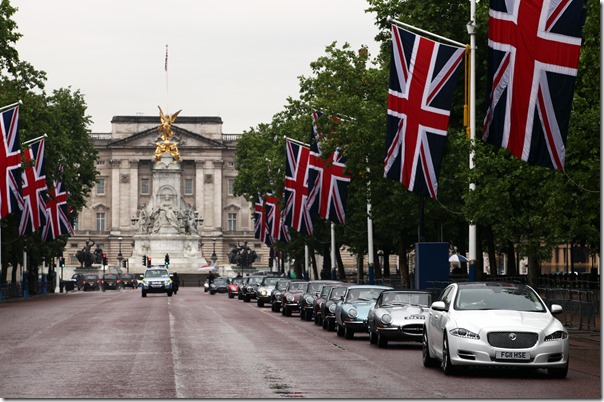 According to Graeme Carver, Motorexpo CEO, “We have been in discussion regarding the footprint required for the show for more than a year but sadly Canary Wharf are unable to continue with the long-term commitment.”

The organizers say that over 400,000 attended last year and that over the years people including HRH Princess Royal (a.k.a., Princess Anne) and Nigel Mansell. Not exactly Jesse J and Prince Harry, though.

And in the press release announcing the end of the event it says:

“History shows that motoring events focusing on new cars in the UK have had a difficult history with events closing in London at Earl’s Court and Excel as well as the NEC in Birmingham. They have proved to be both tricky commercially and politically, but the Canary Wharf Show continued throughout the recession and outlasted the others.  Following the closure of the SMMT’s British International Motor show in 2008, Motorexpo played host to the SMMT International Automotive Summit where industry leaders met to discuss the developments and future of the industry.”

A question in the U.S. vis-à-vis auto shows is whether the big ones are going to give way to the Consumer Electronics Show, and there is always a concern regarding attendance.

But an issue in the U.S., as well, presumably, as in the U.K., is whether there is sufficient interest among young people—among the people who are going to potentially constitute the market going forward—are sufficiently interested in car shows as something entertaining or whether the shows are going to hold interest only for a handful of enthusiasts who might otherwise take up chronicling clipper ships or steamers.