Chesbrough on the Numbers Now & What the Future May Be Like

What do tech and economics do to the vehicle market? Charlie Chesbrough has some ideas
#people

When we talked with Charlie Chesbrough, he gave a shout-out to the Michigan State football team. Two days later, the Spartans faced in-state rival, the University of Michigan. The Spartans beat the Wolverines. And Michigan plummeted 10 positions on the AP Top 25 poll, to number 23.

Those are numbers that Chesbrough probably likes to see.

And numbers are what Chesbrough is all about, as he is Senior Economist and Senior Director of Industry Insights at Cox Automotive Inc. While you may not be familiar with Cox Automotive per se, you are certainly aware of many of the companies that are under its umbrella, including Kelley Blue Book, Manheim Auctions, Autotrader, and many more.

Why Are Prices Rising?

It is near the end of October when we are talking. The industry is recovering. But what seems somewhat odd is that the prices that people are paying for vehicles, on average, continue to climb. So the question is, simply, why? 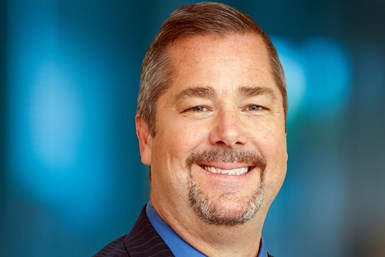 Charlie Chesbrough, senior economist at Cox Automotive: look for prices for vehicles to continue to rise.

Chesbrough responded, “Well, I think there’s probably two answers to that. Over the short-term or near-term, it’s a low supply environment with relatively strong demand, so the industry doesn’t have to go aggressive on incentives. They can sit back a little bit and not have to really put money on the hood of these vehicles. So, those prices are a little bit higher.

“But over the longer term for the industry, it’s always technological components that add tons and tons of cost to these vehicles. Everybody loves them, people want them for the most part, I think there is room in the market for an AM radio, rolled-up window vehicle. Maybe the Chinese will make it to come in below a $10,000 price point. But it’s all of these bells and whistles on these vehicles and all these technological components that are really adding in a lot of inflation on these vehicles, that I think we’ll see vehicle prices continue to rise more rapidly than incomes. It’s just the situation we’re in as an industry, they’re going to get more and more expensive.”

So let’s break that down a bit.

During the midst of the pandemic, when there were shuttered dealerships (and factories), there were tremendous financial deals available to consumers. According to Chesbrough, the approach that many vehicle buyers have is that they don’t look at the total sticker price on the Monroney, but the number for their monthly payment.

So there were vehicles on offer with 0% financing for as many as 72 or 84 months. So the monthly price is comparatively low, even though someone will be paying on it for seven years.

And this lower monthly payment goes to the point of the customers loading up their vehicles with tech, which the OEMs are becoming more than happy to provide. (And will be even happier when they are able to get a data monetization structure in place so that they can make some income from the searches, trips and transactions that drivers and passengers make during trips.)

Chesbrough’s “they’re going to get more and more expensive” is something that is going to have a significant effect on the auto industry as a whole, not immediately, however.

20 years from now, we may be looking at only two vehicle segments in the vehicle market, luxury and used.

Chesbrough said, “I’ve been saying this internally to our own team: 20 years from now, we may be looking at only two vehicle segments in the vehicle market, luxury and used, with the idea being that the very fact you can afford to buy a vehicle, as expensive as it is and insure it and everything else, it must be a luxury-type purchase. The whole concept of all these different price points, might be going by the wayside as these things get even more expensive.”

That is, right now we are in a situation where there is a spread of vehicle types and prices. Kelley Blue Book calculates average transaction prices—the average price that people pay for vehicles—and in September the number was $38,723, nearly $1,000 more than it had been in September 2019 ($37,783).

As prices keep rising with the introduction of new technology into the vehicles, especially tech for partially automated driving, as well as the sorts of amenities that customers are looking for (e.g, on the back of the headrests of the driver and front passenger seats on the 2021 GMC Yukon, there are 12.6-inch diagonal full-color touch screens that are compatible with  Playstation, Apple TV, Roku, Chromecast, Amazon Fire TV stick, Sling TV, and screen sharing via Miracast with most Android phones—a far cry from AM radio).

Some customers are simply going to be priced out of the new-vehicle market. Which will then lead them to the used market.

As the sales numbers for October came in, Chesbrough noted that the luxury brands and pickups (which themselves are becoming, in many cases, luxury vehicles) were doing well, but that less-expensive vehicles, like compact cars, things that are generally purchased by lower-income individuals, had weak sales.

That led him to suggest that what’s going on in the market is a K-shaped recovery.

And that K’s arms may continue to grow and grow in the future.