The EPI finds there have been millions of people put out of work in the U.S. due to competition with China—most in manufacturing
#Buick

Here’s a little something that will give people interested in U.S. manufacturing a bit of a pause. According to a piece written by Robert E. Scott, Senior Economist and Director of Trade and Manufacturing Policy Research, Economic Policy Institute, which describes itself as “an independent, nonprofit think tank that researches the impact of economic trends and policies on working people in the United States,” since China became a member of the World Trade Organization (WTO; wto.org) in 2001, there have been 3.7-million jobs lost in the U.S., of which 2.8-million are in manufacturing. 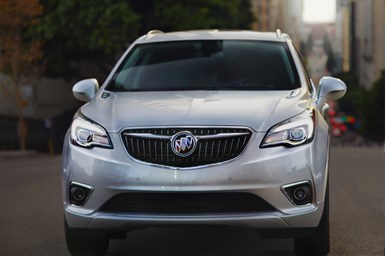 Guess where the Buick Envision is built. (Image: Buick)

And while it might seem that the efforts being made by the Trump Administration regarding trade with China might be making a significant change, that wasn’t the case during the first two years of the presidency.

That is, according to Scott, “Trade deficits and jobs losses with China continued to grow during the first two years of the Trump administration—despite the administration’s heated rhetoric and imposition of tariffs. The U.S. trade deficit with China rose from $347 billion in 2016 to $420 billion in 2018, an increase of 21.0%. U.S. jobs displaced by those China trade deficits increased from nearly 3.0 million jobs lost in 2016 to 3.7 million jobs lost in 2018, an increase of more than 700,000 jobs lost or displaced in the first two years of the Trump administration.”

Trade, of course, is complex. There are no easy “deals,” especially given the supply chains that have been developed, chains that figuratively wrap around the globe.

While some might think that it is only things like consumer electronics that get affected vis-à-vis tariffs with China, take a look under the instrument panel in any contemporary light vehicle and be assured that all of those wires and connectors go to things that weren’t necessarily made in the U.S.

To be sure, efforts must be made. But there needs to be a clear understanding of the risks associated with unintended consequences that can occur as trade adjustments are made.