Although we’ve never had the opportunity to drive one, reportedly the top speed of a Bugatti Chiron is 236 mph in normal mode and goes to 261 mph in Top Speed mode. This in a production car.

During the times we have had the luxury of going really, really fast on race tracks, it has seemed as though one’s attention is carefully focused on what is within one’s direct view. While not exactly like when the starship Enterprise goes into warp drive and there are those lines converging on a point in front of the ship, there is almost that sort of truncated view because when you are hard on the accelerator, you’re not taking the opportunity to do some sightseeing. 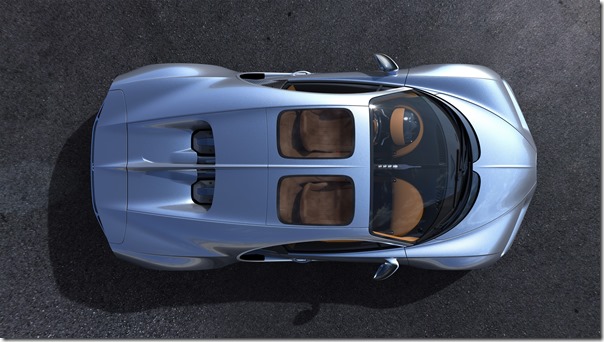 Which brings us to the new option for the Chiron: a sunroof. We don’t know how much it costs, but given that the car has a starting price of some $3-million, it probably doesn’t make that much difference.

But what a sunroof it is:

--Filters out ultraviolet radiation (both UVA and UVB)

--Is tinted to reduce glare

In addition to which, the laminations that make up the Chiron Sky View are said to improve the structural stiffness of the roof.

If that’s not enough, it increases the headroom by 2.7 cm (~1 inch) compared to the standard roof. And realize that this is a car that you can drive to the store—we mean “polo match”—no helmet required.

Still: who is concerned with additional ambient light when one is going, relatively speaking, at something akin to automotive light speed?