Chris Theodore and the Amazing Cars He Helped Create

Chris Theodore has worked on some fairly extraordinary vehicles in his 50 years in the industry.

The man who holds degrees in mechanical engineering from the University of Michigan (one of his profs was David Cole, who was to go on to establish the Center for Automotive Research, and who was the son of Ed Cole, who had once been the president of General Motors), Theodore really started making his mark on the industry in 1987 when he joined Chrysler Corporation from American Motors. (And before joining American Motors, he’d been with Detroit Diesel, so this paragraph alone name-checks more of the industry than books about it.) He was there at a time when folks like Lutz, Gale and Castaing were, as well, a transformative time. 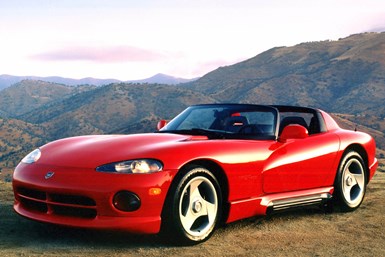 So let’s just name one car that Theodore was a part of during this period: the Dodge Viper.

In 1998 Chrysler became DaimlerChrysler. In 1999 Theodore decided to move on, so he went down the street to Dearborn, where he became a vice president of Ford, holding several product development roles during his six years there.

Which brings us to another car that he was associated with in a big way: the Ford GT. 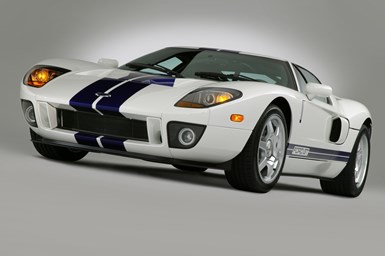 And he worked on the Ford GT. (Image: Ford)

And there was another vehicle that he worked on developing, one that he has a deep affection for: the Ford Shelby Cobra Concept, which was unveiled at the 2004 North American International Auto Show.

Working on that car allowed Theodore to participate with a man who had been his hero when he was a kid: Carroll Shelby.

And speaking of books, Theodore has written one about the man and that car: The Last Shelby Cobra: My Times With Carroll Shelby.

On this edition of “Autoline After Hours,” Theodore is there talking with Autoline’s John McElroy, Car and Driver editor-in-chief Sharon Silke Carty and me about the book.

Yes, we ask him about the book. About the development of that car. About his association with Carroll Shelby. About how he managed to get a concept car—which, incidentally, isn’t a pusher, but actually has a 645-hp, 6.4-liter V10 under the hood—as these things are ordinarily put into museums. . .or crushers.

Which is worth the show alone.

But then we started asking him about his favorite cars. 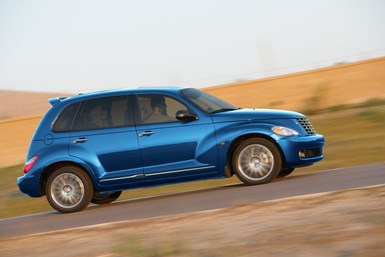 The PT Cruiser: one of the most successful vehicles Chris Theodore worked on. (Image: FCA)

The PT Cruiser is another vehicle that he worked on and anyone who has an interest on how vehicles come to be because of a bit of cleverness on behalf of its proponents, needs to hear about how a Bryan Nesbitt sketch became what Theodore says is the only small car that Chrysler made money on.

The show is not all about Theodore’s amazing automotive history.

We talk about Tesla and Rivian, about platforms and insurance, about e-racing and a whole lot more.