(One could argue that now, with both the U.S. and Canadian companies being subsets of FCA, that we could add Italy to the mix. But one won’t.)

In 1984, Chrysler launched the original minivan. The Dodge Caravan, powered by a 96-hp 2.2-liter engine, was produced in Windsor, Ontario. Chrysler is launching an all-new minivan, now named the Pacifica. It is powered by a 287-hp 3.6-liter engine. The Pacifica is produced in Windsor, Ontario.

Somethings (e.g., powertrains) change. Somethings (e.g., assembly plants) sometimes stay the same (although the plant, which was built in 1928, underwent extremely extensive construction and retooling for the new Pacifica.)

Somethings are simply hard to categorize: in August 2002, the Windsor Assembly Plant launched an all-new vehicle, the Chrysler Pacifica, this one: 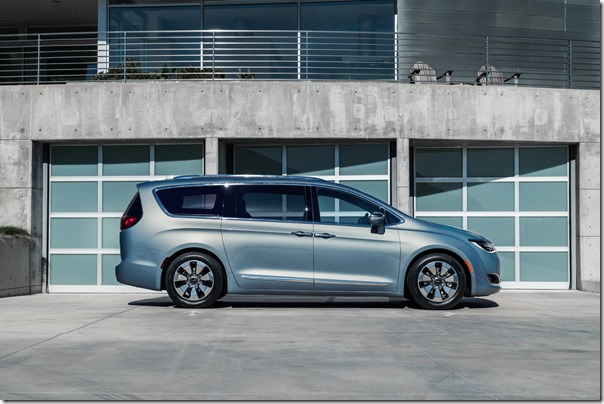 That one is the new one, the 2017. The one now being produced in Windsor.