Who knew that the changes in automobility—everything from ride-hailing to potential autonomous operation—would have an effect on. . .exterior color?

But that seems to be the case. 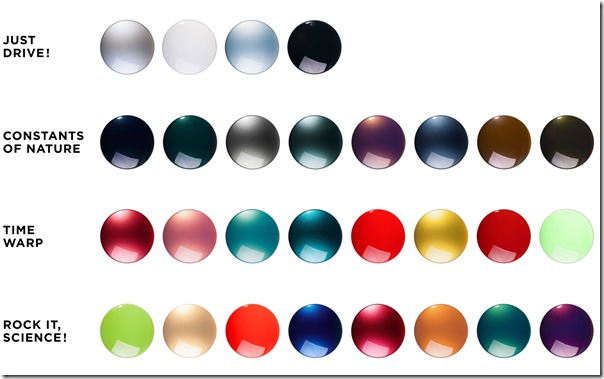 Listen to Bernhard Stengel-Rutkowski, Senior Global Technical Marketing Manager at Clariant, a specialty chemicals company that produces pigments used in automotive coatings: “Electrification and digitalization, urbanization, autonomous driving, car sharing, even totally new ways of driving on and above the ground, are likely to have an important effect on color in cars.”

For example, one of the things that they’re addressing is making dark-colored vehicles detectable by LiDAR, which is certainly a good thing.

One of the findings they’ve noted in their 2021-2023 Automotive Styling Shades Trendbook is that there is something of a large bandwidth when it comes to colors. One the one hand, consumers are looking for “fresh colors,” which are bright and vibrant, while on the other, it is about “more understated hues.”