One of the consequences of creating an electric vehicle, the Taycan, on Porsche goes well beyond the styling and performance of the vehicle itself. Arguably, as the Porsche personnel have been creating the zero-emissions vehicle they’ve started to pay more attention to other aspects of the environment. 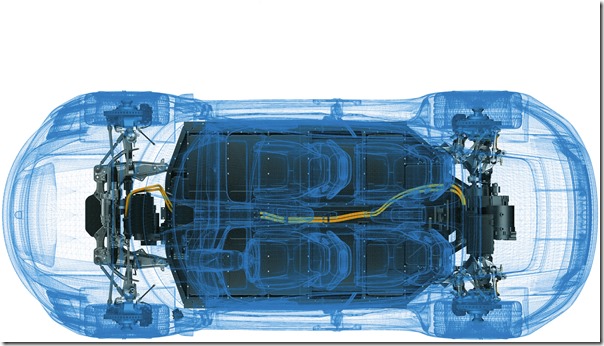 The Taycan will be built in a factory that is being constructed at the site where Porsche headquarters is located, in Stuttgart-Zuffenhausen. (The factory will go into production by year-end.)

Albrecht Reimold, Member of the Executive Board responsible for Production and Logistics at Porsche AG, says, “Sustainability is a big picture that is made up of many individual elements. We are therefore continuously thinking about the measures that we can implement to ensure greater sustainability in our actions -– throughout the entire value chain.”

And even in the construction of the factory. 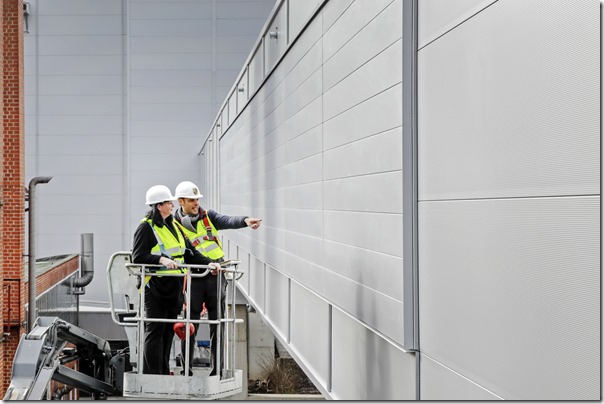 A 126-square-meter section of an aluminum façade that is on the exterior of the factory is being coated with titanium oxide.

The coating acts as a catalyst that absorbs nitrogen oxide, which is produced during combustion of things like coal, oil and even natural gas, acts as a pollutant in the environment, doing such things as combining with sulfur dioxide in the atmosphere and resulting in acid rain and contributing to smog, in general.

In the case of the Porsche plant, the titanium oxide works as a catalyst that absorbs the NOx and transforms it into water and nitrate. (Sunlight and low humidity are contributors to the catalytic action.)

According to Reimold, the Taycan plant could be the start of something big: “If the evaluation of the results confirms our expectations, nothing stands in the way of using nitrogen oxide-absorbing surface technology on other buildings and surfaces.”