Mercedes-Benz is teaming up with semiconductor giant Nvidia on a new electronics architecture that promises to enable a host of advanced features—with a focus on connectivity and automated driving systems—and allow customers to make continuous upgrades throughout a vehicle’s life.

The platform, which is built on Nvidia’s Drive AGX Orin system-on-a-chip technology, will be introduced in 2024. All Mercedes cars and trucks eventually will incorporate the architecture. 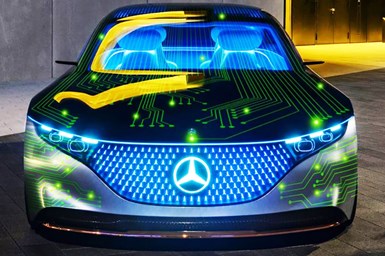 The goal, according to the partners, is to develop the “most sophisticated and advanced computing architecture” ever deployed for vehicle applications. 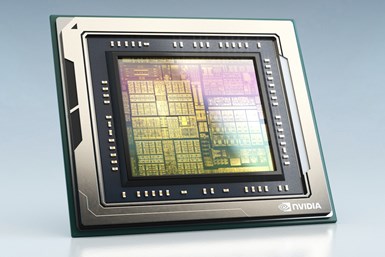 The so-called “software-defined” architecture, which is expected to include a handful of domain controllers in place of more than 100 individual ECUs, will allow over-the-air updates for a variety of safety, convenience and performance systems. Tesla already offers such capabilities, and most other carmakers are starting to introduce OTA updates, which for the most part have been limited to infotainment-based functions.

The new Mercedes-Nvidia system promises to provide a more comprehensive mix of free, paid and subscription-based features, including services from third-party vendors.

These systems also will be updateable as improvements are made and new capabilities are added. This will allow owners to take advantage of next-generation lane-keeping, road sign detection and voice-recognition technologies as reliability and functionality improve.

There also will be headroom to add features that haven’t been invented yet, Nvidia says, with each new Mercedes model supported by a team of AI experts and software engineers “continuously developing, refining and enhancing the car over its lifetime."