Plenty of the vehicles on the list of the top 10 are made in the U.S. But not by the traditional companies.
#Buick #Chevrolet #Ford

Consumer Reports released its list of the 10 top picks for 2020 vehicles. There are a few surprises on the list. But not entirely. As full disclosure, I am one of the jurors for the North American Car, Truck and Utility of the Year awards (NACTOY) and so seeing the Kia Telluride as the winner in the “midsized, three-row SUV” category for CR wasn’t a surprise because the Kia Telluride was NACTOY’s utility choice, as well. 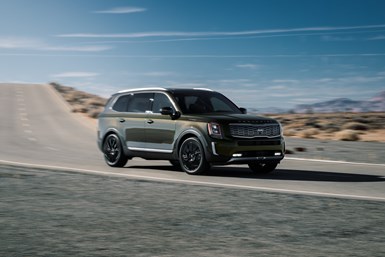 And the CR choice of the Toyota Supra in the “sports car” category was somewhat in line with the NACTOY jurors in that the Supra was one of three finalists in our Car category (the other two were the Hyundai Sonata and the Corvette Stingray, with the ‘Vette taking the trophy).

But here’s the thing that is quite a surprise. The only U.S. manufacturer (as in manufacturer whose headquarters is located in the U.S.) that made the list isn’t what you’d think.

No, it wasn’t something from General Motors or Ford.

It was Tesla. For the Model 3. 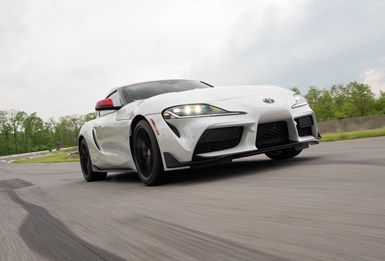 According to CR, “These cars have some of the highest Overall Scores in their categories, factoring road tests, predicted reliability, owner satisfaction and safety.”

What’s more, they restricted their selections from vehicles that come standard with forward collision warning and automatic emergency braking with pedestrian protection.

It’s not just how well these vehicles are put together. They have to provide safety tech, too.

What Does This Mean for Domestic Automakers?

Well, it means at least a couple things. For one, it seems as though the domestics need to up their game.

I’d argue that the Consumer Reports recommendation and the J.D. Power Studies are probably the two key metrics that are used by people who are researching a vehicle.

In the 2020 J.D. Power Vehicle Dependability Study, GM did have five segment awards (Buick Encore, Buick Regal, Chevrolet Equinox, Chevrolet Silverado HD, and Chevrolet Tahoe), but Toyota had six (Lexus ES—which received the highest-ever score in the 31 years J.D. Power has been doing this study--,Lexus GX, Toyota 4Runner, Toyota Avalon, Toyota Sienna, and Toyota Tundra). Ford took the “Midsize Sporty Car” category and the F-150 tied with the Tundra ni the “Large Light Duty Pickup” segment. So the Big Two are at least on the board, but barely.

The second thing is that love him or hate him, Elon Musk has managed to create a car company in fairly short order that is now besting what have long been considered the only games in town.