Conti & Magna and the Run North to CAR MBS

Yesterday through Thursday, the Grand Traverse Resort in northern Michigan is the epicenter of automotive technology as here the Center for Automotive Research (CAR) is holding its annual Management Briefing Seminars (MBS), which brings together the best and the brightest and boldest in the automotive industry.
#Chrysler #supplier #Cadillac

Yesterday through Thursday, the Grand Traverse Resort in northern Michigan is the epicenter of automotive technology as here the Center for Automotive Research (CAR) is holding its annual Management Briefing Seminars (MBS), which brings together the best and the brightest and boldest in the automotive industry.

And two automotive suppliers, Magna International and Continental, certainly have to be numbered among the bold because yesterday the two companies put their engineers in two vehicles, a Cadillac ATS and a Chrysler 300, and left Detroit at 6:45 am and arrived at the resort at 4:45 pm. 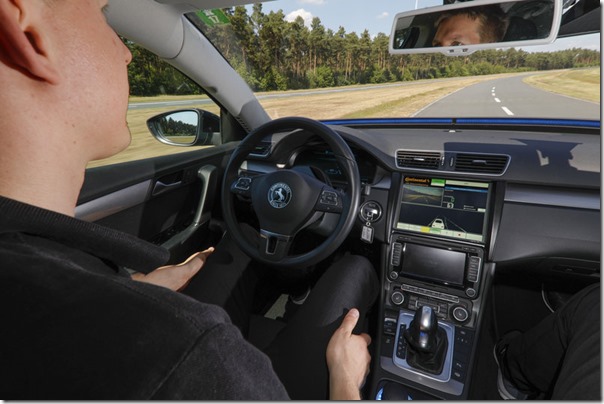 Anyone who has made the run from Detroit to Acme (the town where the resort is actually located, although everyone simply refers to it as “Traverse City”) knows that it doesn’t take that long.

But the Magna and Conti vehicles didn’t take the direct route up I-75 for most of the way. Rather, they took the Detroit-Windsor Tunnel and crossed into Canada, then drove north to Point Edward/Sarnia, Ontario, where they crossed the Blue Water Bridge, back into the U.S.

And it should be noted that the state of Michigan and the province of Ontario signed a memorandum of understanding to help the two locales to work together to enhance and promoted connected vehicle technology; the signing took place at the end of the drive.

Here’s a notable number: 92 percent. That’s the amount of time that the vehicles drove without a driver having hands on the wheels of the car.

One could make the argument that the accomplishment of the automated drive to CAR MBS was something of a stunt.

After all, as mentioned, there is a huge focus of the automotive world on the Traverse City event, so what better place to pull something like that off in public. (Certainly Conti and Magna are racking up miles and miles and even more miles in sensored and instrumented vehicles on a daily basis that only their engineering teams know about.)

But regardless, it is an impressive accomplishment, one that at the very least underscores the tremendous transitions that are underway in the auto industry.