Steering and stopping are two fairly fundamental things a vehicle must do in a controlled manner wither that vehicle is a 1,000-hp supercar or a barely powered autonomous transport.

Through braking and steering there can be control of lateral and longitudinal movement of the vehicle (e.g., steering angle adjustments and braking of specific wheels can make all the difference when one is in the unfortunate situation of going into a skid). 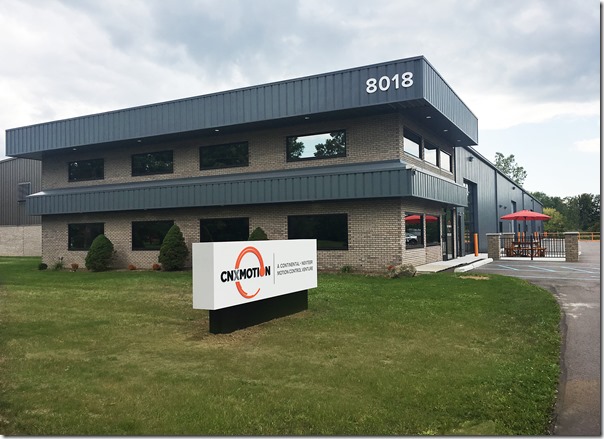 Taking that into account, Continental, which has braking expertise and capability, and Nexteer Automotive, which has the same in the steering arena, have decided that it would be immensely beneficial to their customers, as well as to the organizations themselves, were they too pool the knowhow that each of them has.

So they have created a 50-50 joint venture company that is focused on creating, primarily, software that facilitates motion control.

The company is named CNXMotion (as in “connects motion”), and they are quite serious about it being a joint venture, all the way to the point of locating its headquarters in Grand Blanc, Michigan, which makes it proximate to the midway points for both Nexteer (Saginaw) and Continental (Auburn Hills).

According to Matt Hagans, controller and business development manager of the firm, they are keenly interested in finding the ways and means to optimize vehicle dynamics.

In some regards, CNXMotion is operating like a skunkworks in that its goal is to advance the state of the technology for safe vehicular motion control and actuators, not just to address immediate issues.

The staff, which will consist of some 27 people, will come from both firms and will essentially consist of engineers from a variety of domains.

By putting the two areas of domain expertise together, the two companies are confident that 1 + 1 will equal something greater than 2.