Tom Cotter has a 1939 Ford Woodie Wagon. He bought it when he was a teen, in 1969. He sold it in 1973. But then his wife decided that he needed the car, so she searched for it, found it and bought it back. In 1998. There must be something about finding things in the Cotter family. 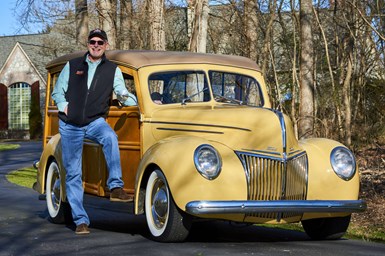 Because Tom Cotter is the Barn Find Hunter. He travels around the country—often in his Woodie—looking for cars and trucks that have been stored (sometimes more deliberately than others [one can only begin to imagine his clothes cleaning bill]) or abandoned, and has created a video series, sponsored by the insurance company Hagerty, that’s on YouTube and has racked up some 1.9-million viewers. Viewers, Cotter says, that are Barn Find enthusiasts around the world.

On this edition of “Autoline After Hours,” Cotter talks about how he goes about doing what he does. While one might think that he would make use of, say, social media to be altered to where there might be a cache of cars, it turns out that it is as much about the discovery as it is about the vehicle—and more about the people.

Cotter says that he’ll roll into a small town in his Wagon and go to an auto parts or hardware store or a diner. And he will talk to people. Find out whether there might be someone in the town who is known to have had cars. Learn the stories. Then go to the person’s house with hopes of finding something. Cotter is not in it to buy the vehicles as is the case with those in pursuit of other shows about finding things. He’s in it for the search, for the adventure, for the story, for the people.

He also says that it helps when he rolls up to the person’s house in the Woodie because it helps break the ice—let’s face it: some stranger comes to your door and starts asking about your belongings can make even the most sanguine somewhat suspicious.

As he’s a man who has more than 20 vehicles in his garage, you might be wondering if he has a favorite. He does. A 1952 Cunningham C-3. Cotter explains that he’s been a fan of the legendary performance brand for many years. But getting a C-3 seemed like an impossibility, as there were 25 built. 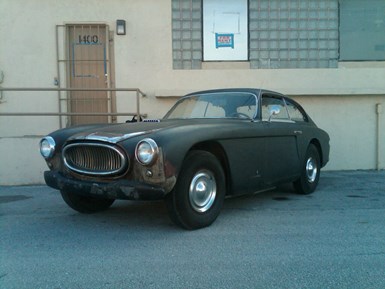 But again, through talking to people Cotter managed to learn of the existence of one—in a basement, not a barn—and he was able to buy the vehicle.

As the photo of the car shows, Cotter’s Cunningham—which he does drive—is not been restored so that it would look like something for a car show or a museum. Rather, Cotter explains, he learned, from a European some years back, that Americans have a tendency to make things look “brand new,” not celebrating the history of the objects. (Well, no one welded that break in the Liberty Bell, but other than that. . . .) So his approach is primarily to do what’s necessary to make the cars roll, but not much beyond that.

On the show, Cotter talks with “Autoline’s” John McElroy; Mike Austin, digital content director at Hemmings (which means he knows more than a little bit about classic cars, barn-found and otherwise) and me.