Data Is the New Gas

Perhaps it has something to do with comparatively low gas prices. Whereas people were once keen to know how many miles per gallon they were using, the key issue now goes to the issue of how much data they’re using in their cars and trucks.

Chevrolet is addressing this issue. It has been offering OnStar 4G LTE Wi-Fi hotspot capability in their vehicles, which has proven to be popular. The company calculated that in 2016 more than 4-million gigabytes of data were used by drivers of vehicles so equipped. 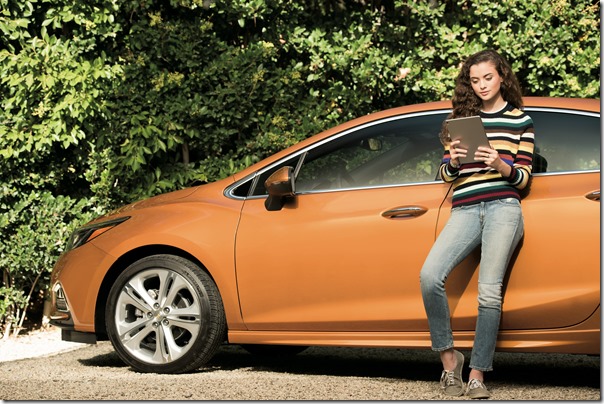 So, starting tomorrow, Chevrolet will be offering a prepaid data plan through AT&T that will provide unlimited data in vehicles for just $20 per month.

According to Alan Batey, president of GM North America and global head of Chevrolet, “We have contractors bidding jobs in their Silverados, families streaming movies in their Suburbans and Malibus and everyone tapping into the cloud for music.”

Another way to look at the growing demand for data in Chevys: the amount of data used in 2016 was almost 200 percent more than that used in 2015.

And for those of you who are interested in the aforementioned mpgs, know that Chevy is addressing that, as well: the 2017 Volt, when running on electricity, provides 106 MPGe, and when the range-extender (a.k.a., Ecotec 1.5-liter engine) kicks in, the number is 42 mpg.