Dealing with the Rigors of Dakar

Dakar is the capital of Senegal. Senegal is in West Africa.

The 2017 Dakar Rally is starting in Asunción, Paraguay, and will finish in Buenos Aires, Argentina. Which, of course, are both in South America. Both are about 4,000 miles away from Dakar.

But that’s where it is this time.

And while Buenos Aires is nearly a straight shot south from Asunción (at least on a map), it should go without saying that the motorcycles, cars and trucks that are competing will be going to Buenos Aires via La Paz, Bolivia.

After all: can there be too much in the way of deserts, jungles and mountains? 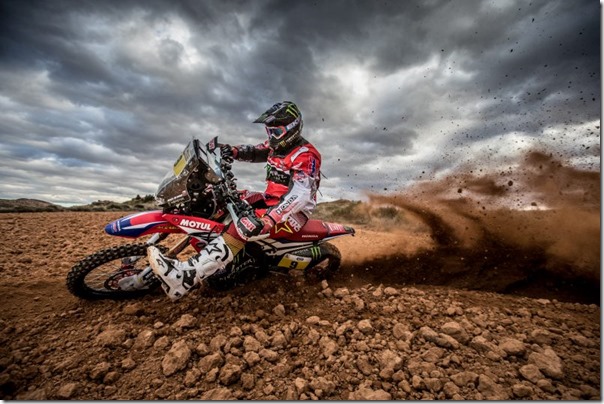 One of the teams running the race will be the Honda Racing “Monster Energy Honda Team.” In support of the team Kyocera is providing its TORQUE G02 smartphone. Not only is the phone to be used for voice communications (predicated, naturally, on the availability of a signal, which might not be all that great, say, in the Uyuni Salt Flat in Bolivia), but also to communicate telemetry data (e.g., engine performance) back to HQ. The bikes are fitted with sensors that communicate to the handsets via Bluetooth.

What’s interesting about this phone is that unlike what you likely have in your pocket or purse right now, this one is certified to United States Military Standard 810G (MIL-STD-810G) in 19 categories. While it probably handles fungus and solar radiation (a.k.a., sunshine), it probably doesn’t do quite as well in an explosive atmosphere or being subject to gunfire shock. 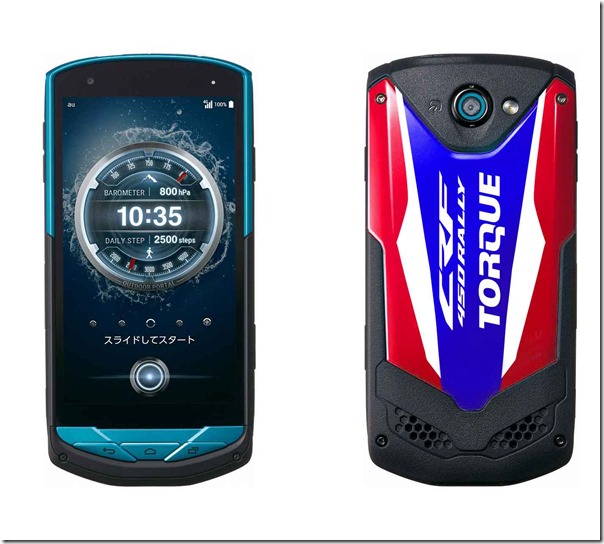 One of the interesting aspects of the phone is that it is said to be the world’s first to be resistant to seawater.

In testing, it was put in water for up to 30 minutes at a depth of up to 1.5 meters and it worked.

However, the riders on the Monster Energy Honda Team—which designed the case with the logo on the back (i.e., the right side of the photo)—should be aware that while they might be inclined to jump into the South Atlantic upon arrival in Buenos Aires, the TORQUE G02 was tested in “artificial seawater modeled on composition off the Japan coast” and so it “Cannot be guaranteed for all types of seawater.”