With vehicles like the Toyota Mirai and the Honda Clarity Fuel Cell, you might think that hydrogen-fueled vehicles are a brand-new phenomenon.

Did you know that there was a fuel-cell equipped vehicle rolling along at the GM Technical Center—in 1966? 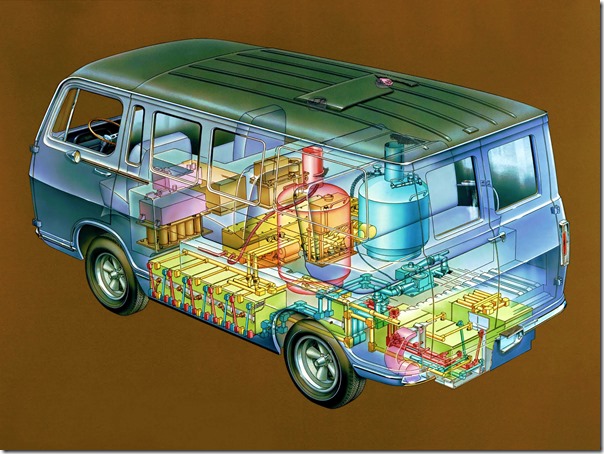 It was the GM Electrovan. It was based on a GMC Handivan. It used a fuel cell produced by Union Carbide, which consisted of 32 modules which, along with hydrogen and oxygen tanks and a reservoir of electrolyte, pretty much filled the space in the Handivan, such that what had been a vehicle with seating for six was left with the two front seats.

But the Electrovan, which was shown in addition to GM officials and members of the press in October 1966, only had one driver. And was driven once.

The story of the development of the Electrovan is remarkable. The project took 10 months—10 months because, as Floyd Wyczalek, one of the team members who created the vehicle (yes, he is 92 years old), explains on this edition of “Autoline After Hours,” the team was told they had 10 months.

According to Wyczalek, back in the early 1960s GM executives wanted to develop zero-emissions vehicles. The first project was an electric vehicle—the Electrovair. It was based on a Corvair. (There were two of these produced.) Then, using learnings from that project, a team, under the direction of Dr. Craig Marks, set about to create a fuel cell vehicle.

If you think about that time, you’ll realize that this is when NASA was developing the Apollo spacecraft, which utilized fuel cells for creating electricity. Wyczalek and team also took learnings from NASA.

It is an absolutely remarkable story. So Autoline’s John McElroy and I spend an entire hour talking with Wyczalek about the work he’d done more than 50 years ago. 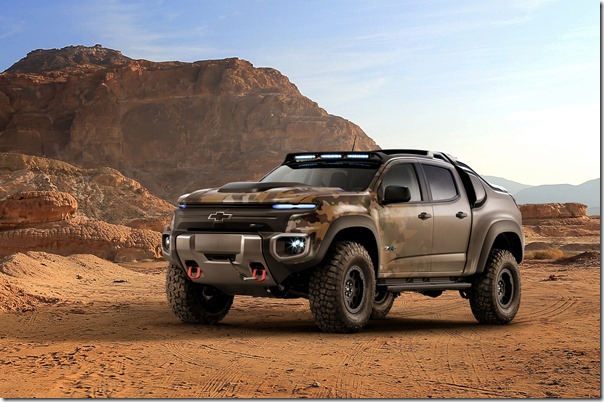 And to bookend the conversation, we’re joined by Charlie Freese, executive director of GM’s Global Fuel Cell Activities, the man who has the responsibility to develop fuel cell technology for today—and tomorrow.

Freese talks about Project Driveway, during which GM had a fleet of Chevy Equinoxes equipped with fuel cell propulsion systems that racked up some 3.1-million road miles, as well as the Colorado ZH2, an off-road-capable fuel-cell powered vehicle that was developed with the U.S. Army Tank Automotive Research, Development and Engineering Center and introduced last October (approximately 50 years after the Electrovan).

And Freese talks about how insights from Wyczalek are valued by the team working on fuel cells today.

I think that ever “Autoline After Hours” show that we do is worth your while. But if you have any interest in automotive history, any interest in the future of the auto industry, then this is a show unlike anything you’ll be able to see anywhere else.