Did You Know the Model T Could Run on Kerosene?

When you think of the Ford Motor Company, you probably call to mind things like the Mustang and the F-150, and if you’re feeling particularly nostalgic, the Model T probably is on the list, as well. The company, which was established in 1903, has had a massive effect on the global automotive industry, which is an example of stating the obvious. 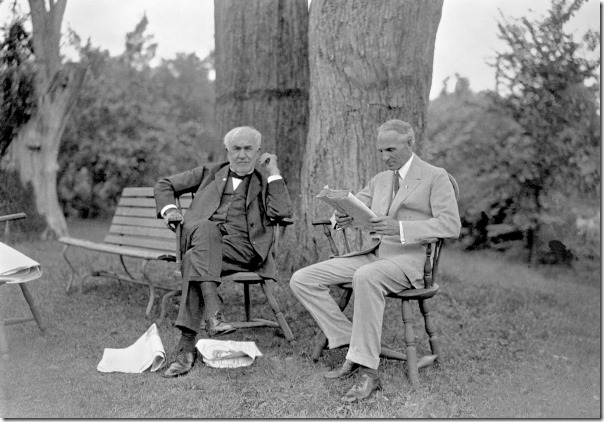 Did you know Thomas Edison and Henry Ford were pals?

But there are some aspects of the company that aren’t so obvious. For example, did you know that the script in the Blue Oval logo is not the signature of Henry Ford, but that it was designed with a stencil set back in 1907? Or that at the Rouge Plant, where F-150s are now built, produced farm tractors, the Fordson, for many years? Did you know that in the late 1920s, early ‘30s Ford manufactured airplanes, the Trimotor, or that the Ford Airport in Dearborn, which was constructed in 1924, was the first to have concrete runways and the first U.S. passenger service?

Yes, there are the cars and trucks. But there is a whole lot more about the historic company and the man who founded it that you may not know, but which you can learn about on this episode of “Autoline After Hours,” where Ford historian emeritus, Bob Kreipke, who spent 44 years with the company, joins Christie Schweinsberg of WardsAuto.com, Greg Migliore of Autoblog.com and me.

Kreipke provides an array of insights into the company and the things that it has done over the years, and the depth of knowledge that he has about the company is arguably unparalleled. If you have any interest in the history of the industry, this is absolutely worth your time.

In addition to which, Christie, Greg and I discuss a number of other subjects, such as BMW and Daimler collaborating on autonomous vehicle development and ride hailing services, the very real possibility that the crossover craze will wane and the sedan may stop losing traction, Peugeot’s announced return to the U.S. market, FCA’s massive bet on Jeep, and a whole lot more.